This Intern Figured Out How to Make a Crazy-Small 3-D Printer, WIRED Design:

Like most interns, Stefan Reichert was assigned a bunch of menial tasks while working for top tier design consultancies in Silicon Valley. No one asked the German student to fetch coffee, but he was assigned the art school equivalent—setting up and maintaining the office’s 3-D printer. Most interns would have turned to Twitter to gripe, but Reichert got busy working on design concepts for a new and improved solution that would eventually become the award-winning Xeos 3-D printer concept.

“During one internship I received a new fused deposition modeling machine that was as big and heavy as a refrigerator,” says Reichert. “The bulky and cheap-looking design of that printer, as well as most all of the 3-D printers in the market, contrasted with its expensive price tag.” The parts it printed were fine technically, but amidst a hip open office filled with curated designer furniture, the printer seemed like a throwback to a far dorkier era of devices. Ideas about how to tweak the functionality, improve the ergonomics, and supercharge the style filled his notebooks, and the Xeos started to take shape.

The Xeos 3-D printer would use the same fused filament fabrication technology as the MakerBot and Stratasys systems, but the similarities end there. The central feature of Reichert’s concept is a dynamic arm, inspired by robots used in semiconductor manufacturing, that controls the printhead that deposits the molten material on the build platform. “In my opinion, this is the best way to reduce the overall footprint of a 3-D printer,” says Reichert. “While keeping the build size of printed parts as big as possible.”

The sliding access door is a slick solution inspired by cabinets in modern kitchens and provides easy access to the build chamber—even if the desk the printer sits on is a mess of sample parts. A backlit LED status bar on the front panel seems like a small feature, but in a market where having to check software on a connected PC is the only alternative, this simple solution seems like a really bright idea. The bulk of improvements in Reichert’s design are focused on the industrial design, but the Xeos concept also includes a vision where tablets could be used to control the printer and a series of gamified tutorials would teach users how to operate them…. 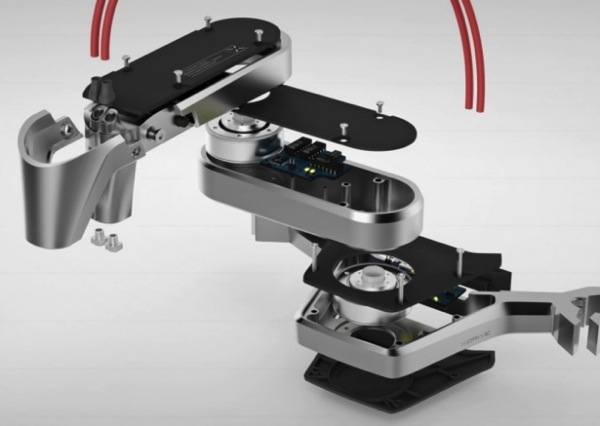 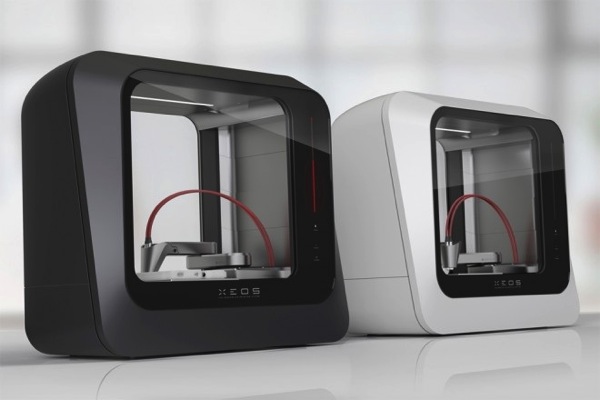