Voyager is 1st man-made object to venture into interstellar space 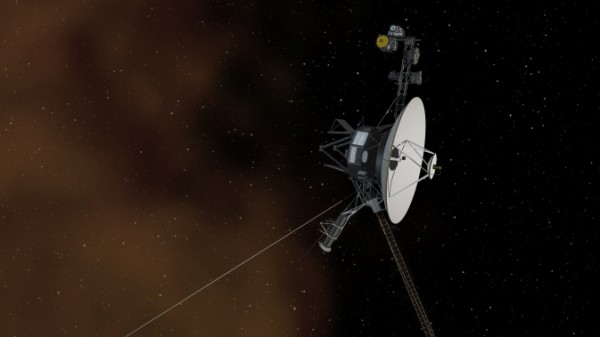 Voyager 1 does not have a working plasma sensor, so scientists needed a different way to measure the spacecraft’s plasma environment to make a definitive determination of its location. A coronal mass ejection, or a massive burst of solar wind and magnetic fields, that erupted from the sun in March 2012 provided scientists the data they needed. When this unexpected gift from the sun eventually arrived at Voyager 1’s location 13 months later, in April 2013, the plasma around the spacecraft began to vibrate like a violin string. On April 9, Voyager 1’s plasma wave instrument detected the movement. The pitch of the oscillations helped scientists determine the density of the plasma. The particular oscillations meant the spacecraft was bathed in plasma more than 40 times denser than what they had encountered in the outer layer of the heliosphere. Density of this sort is to be expected in interstellar space.

Filed under: space — by Margery Conner