The Next Wireless Revolution, in Electricity 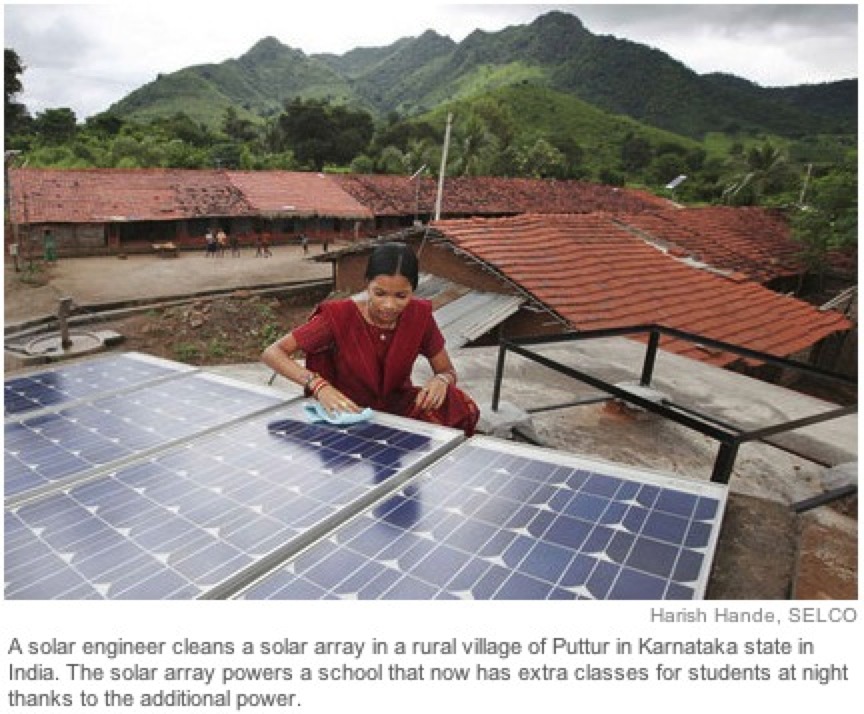 The Next Wireless Revolution, in Electricity – NYTimes.com.

Tech innovators don’t see the rural poor as a viable market. They don’t put money into inventing better and cheaper ways for very poor people to light their homes, cook or run appliances off the grid. “But because of the things you desire, these things have become reality,” Gaurav said. “LED technology, very efficient batteries and a falling solar panel price have suddenly allowed lights to be delivered to off-grid households at a fraction of the cost. “

The need is overwhelming. More than a quarter of the world has no electricity; about half have no piped water, 2.5 billion have no piped gas. The poor turn to substitutes that are dangerous and expensive. For light, most of the poor burn kerosene — and they are paying 600 times more for each unit of light than people who use incandescent lamps. Kerosene costs the poor 10 percent of their income or more — and it is a major contributor to indoor air pollution that kills 2 million people a year. On top of all that, it doesn’t produce very much light.

Comments Off on The Next Wireless Revolution, in Electricity