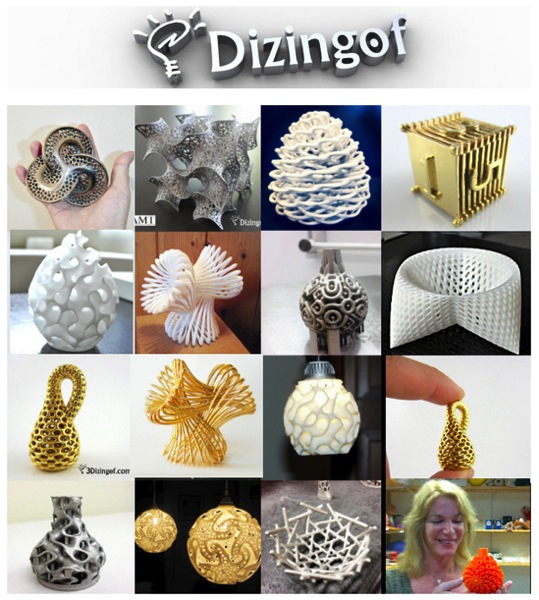 As a special pre-Maker Faire treat, #3DThursday will be celebrating a number of 3D designers from the desktop 3D printing community, culminating in the community #3DThursday Happy Hour event later tonight.

I asked Open3DLP project developer and “3D Printer Whisperer” Anderson Ta to recommend a 3D designer that has had a profound effect on him and he suggested the Tel Aviv-based Asher Nahmias who goes by “Dizingof”:

As I am someone interested in machine design and processes, designers like Dizingof help push the envelope of my research into new machines and design considerations. The forms he generates also are prime examples of the benefits of 3D printing: there is no other method for making some of his pieces.

I have a heavy math background, so it is an added bonus for me the ways in which his work incorporates math. It’s refreshing to see various formulas and equations come out of a text book and into some of the wildest forms. (The same could also be said for Nervous System…)

His work is on display at 3dizingof.com and can be 3D printed in metal via i.materialise.

While his influence on the desktop 3D printing world has changed drastically lately after he withdrew his popular 100+ models from Thingiverse after becoming frustrated with his work being printed at trade shows without attribution or respect for his noncommercial license and copyright, and also from Shapeways, after a disagreement with them over payment, he remains one of the better known contributors of mathematical art to the desktop 3D printing community, and continues to exert an influence with his online store fronts for 3D printing service releases of his work. Here is a brief overview of his work from Fabbaloo:

Dizingof’s creations are typically complex, flowing and invariably beautiful. Browsing through his extensive portfolio of dozens of designs, you’ll see vases, jewelry, bowls, lamp shades and a few trays and holders, but mostly it’s just art, amazing mathematical art. On his Thingiverse page he [said]: “My aim is to raise the bar of the free 3D content for your personal/work 3D Printer.” 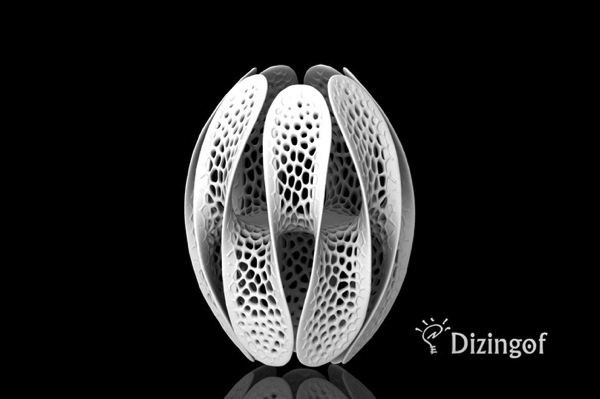 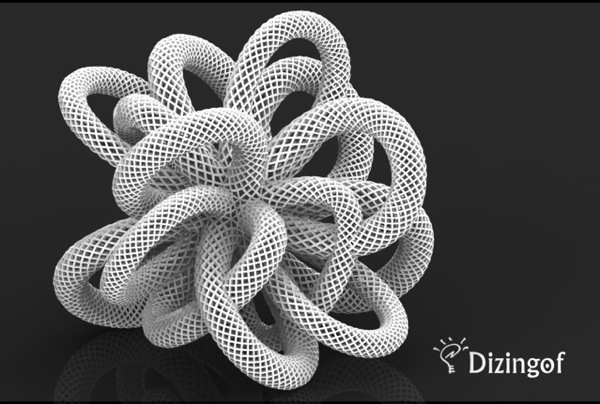