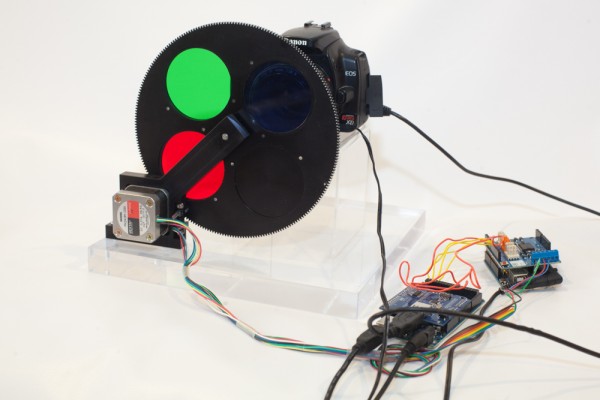 Daniel Temkin’s Light Pattern is a programming language that uses meta-data from photographs taken with an arduino-controlled camera for source code:

In Light Pattern, changes in exposure and dominant color determine data and commands — the language has no regard for the content of the images apart from these attributes. To write a Light Pattern program, you would take photos with these color changes in mind, rather than writing text of the “goto 10” variety. So, in effect, your source code is a directory full of jpegs. 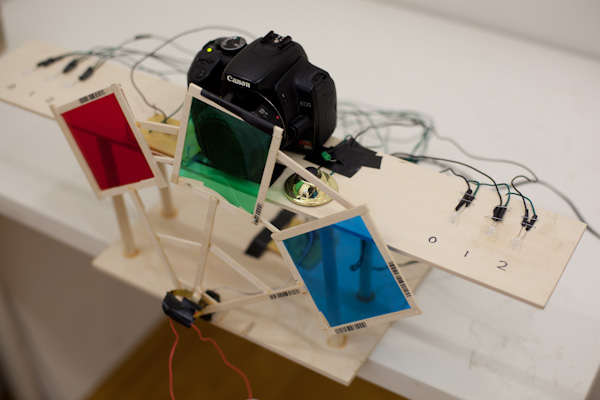 Programming languages are denotative, lacking much of the nuance and bodily gesture of human expression — it is a negotiation between human thinking and computer logic. The camera, likewise, has no regard for connotation — it is an apparatus with no understanding of content, as pointed out by conceptual photographic work such as John Hilliard’s Camera Recording Its Own Condition (1971). Light Pattern requires a programmer to take photos with technical considerations in mind.The content of the photos is irrelevant, inscrutable to the compiler. The pattern of color and exposure in the resulting photos make up the source code for a Light Pattern program.

Light Pattern will be on view at Temkin’s solo show at Transfer Gallery this coming November. See the project page for more!