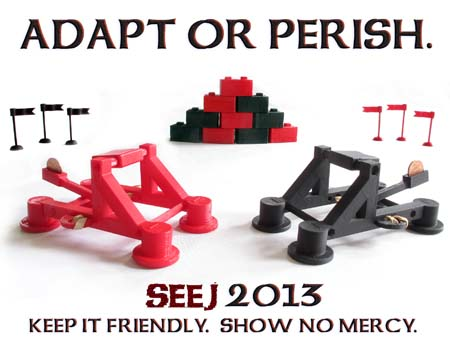 While using a 3D printer for desktop warfare might have been an inevitable development of affordable desktop 3D printers arriving in offices of creative agencies all over the world, the SEEJ game created by Jim Rodda (who typically goes by “zheng3” for this project) is not only a step above in gameplay, it might also be the only open source tabletop warfare games to become a favorite go-to project for integrating 3D printing into STEM curriculum.

Created as a game that designed be played with a desktop 3D printer in mind, rather than one that might be, SEEJ has been drawing in fans alike from children and adults (with a particularly high possibility of contagion among mechanical engineers). Jim joined me for my book preview talk to explain what it might mean to re-make SEEJ, year to year, to suit the changes in desktop 3D printed technology.

Here’s a fun piece from hackaday documenting what happens when a dozen 3D printer engineers and designers find a private room at the Maker Faire after party, and a set of SEEJ engines:

Going to the World Maker Faire isn’t all fun and games; sometimes you have to suck it up, pay $130 in cab fare, buy $7 Heinekens, and crash the super not-so-secret after party.  While the company was fantastic, one of the more exciting interactions was [Jim Rodda]‘s Seej, a tower-defense-ish game constructed entirely of 3D printed weapons, flags, and blocks.

The goal of the game is simple: Each player gets a Seej engine, some blocks, a few pennies, and three flags. The first person to topple all three flags with ballistic pennies is declared the winner. The Seej engines aren’t just limited to the red and black catapults shown above; there are plans for a ballista available, and we’re sure someone will add a 3D printed trebuchet the the arsenal at some point. We’ve seen at least one example floating around the web.

In all honesty, this game is really fun and well worth the frustration experienced by a pitiable bartender who I hope was tipped well for the night.

Read more. And check out Jim’s site for more on SEEJ and his other design work, like the lovely Squirrel Tokens below. 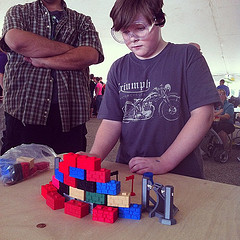 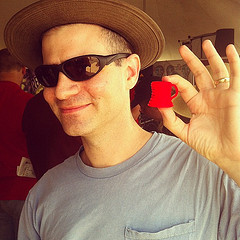 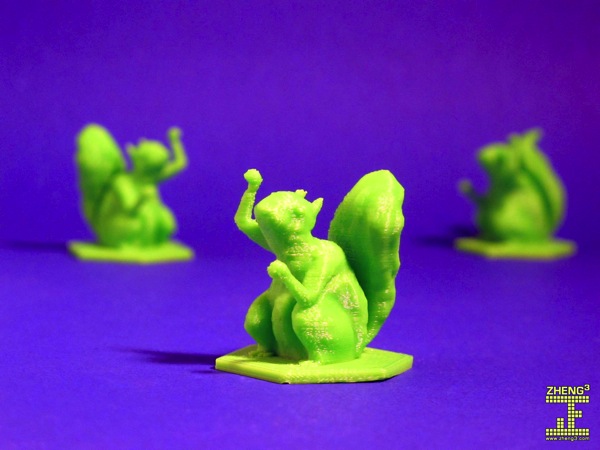