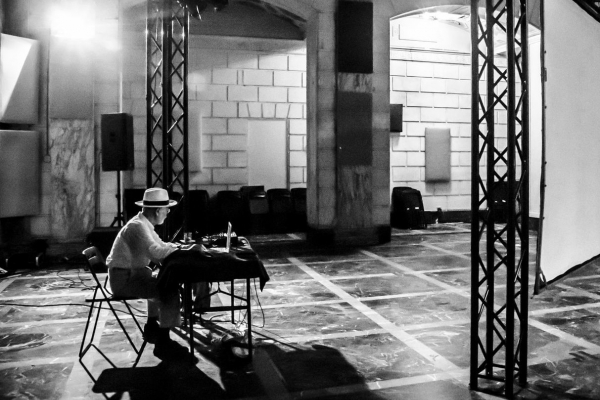 Well known as an active member of the Fluxus movement since 1962, Yasunao Tone’s expansive practice eschews standard notions of media and embraces contradiction. His most recent sets, harsh and scrupulous digital noise generated by his own modifications to the MP3 encoding system, have been called, “chaotic and highly charged, cerebral in its conceptual intent but with a bracing sense of urgency” (Wall Street Journal). This evening, Tone performs solo as part of Ten Years Alive on the Infinite Plain, joined by his recent collaborators Talibam!, a duo of Matt Mottel (keys) and Kevin Shea (drums) who also celebrate their 10th anniversary this year.

Comments Off on Yasunao Tone & Talibam! at ISSUE Project Room