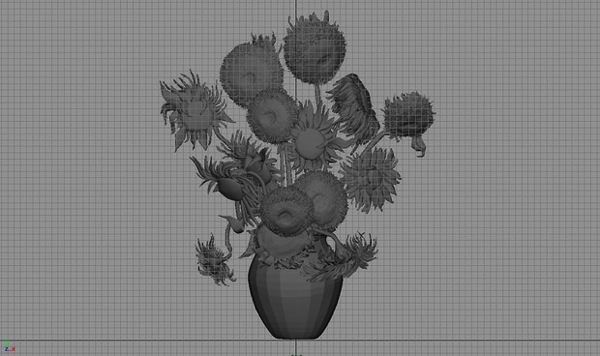 Inspired and informed by Vincent van Gogh’s 1888 “Sunflowers” painting (housed in London’s National Gallery), artist duo Rob and Nick Carter‘s bronze interpretation of the iconic post-impressionist artwork is part of a larger series that looks to re-engage with art of the past. The pair’s exhibition, “Transforming,” is now on display at London’s Fine Art Society and combines new media and technology with classic art—creating something entirely new, but still familiar. “Sunflowers” is one of several artworks that was only possible to conceive and create thanks to a long-running collaborative relationship forged with creative visual effects studio MPC, which is best known for its work on computer generated imagery for scenes in films such as Ang Lee’s “Life of Pi” and Marc Foster’s apocalyptic zombie film, “World War Z.”

MPC worked closely with the the Carters to translate one of van Gogh’s painted images of sunflowers into 3D digital files. These files were then 3D-printed and it is the finely detailed prints that were cast in order to create the final artwork. The piece is one of the most complex and intricately detailed bronze artworks ever created, as it even features some of van Gogh’s brushstrokes from the painting.

“In some ways it was a very succinct and uncomplicated brief,” says MPC’s 3D Creative Director Jake Mengers, “yet under the surface lay a myriad complex challenges. These included translating an impressionist approach to a 3D sculpture, adapting van Gogh’s signature brushstrokes to three dimensional sculpts and applying creative license to the areas that aren’t visible in the original 1888 painting.” To create the bronze replica, the team at MPC first built a computer generated “base mesh”—this is essentially a 3D model from which the production team could work out the volume of the piece and how the flowers filled a 3D space. The key was to create balance from all angles; ensuring it would be compositionally attractive from every viewpoint, whilst ensuring that looking from one angle means the artwork remains true to van Gogh’s painting. Eventually, the 3D file was printed with a resin material called Visijet-X using a high-end ProJet 3500 printer which can print to a tolerance of 16 microns. The final sculpture—in an edition of 12—is cast in silicon bronze….” 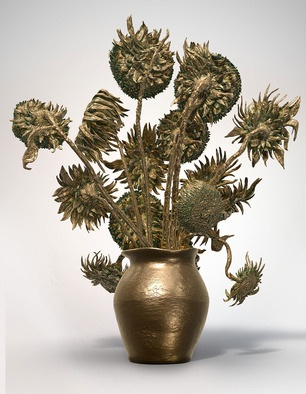 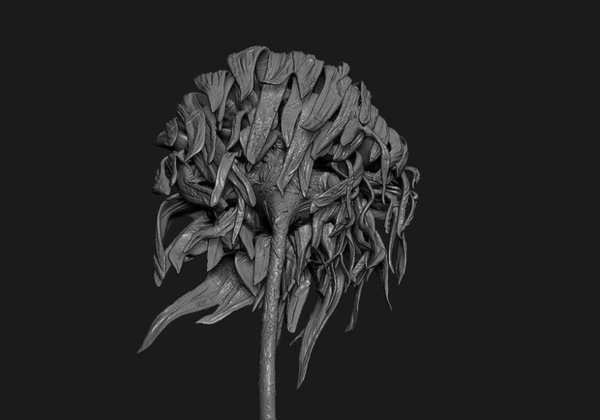