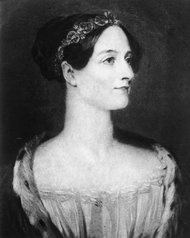 Ada Lovelace Day was featured in the New York Times yesterday, one of many articles from the media helping to celebrate this effort. Thanks to the Jeremy from the Adafruit community for the tip!

In 1842, Ada Lovelace, known as the “enchantress of numbers,” wrote the first computer program.

Fast-forward 171 years to today (which happens to be Ada Lovelace Day, for highlighting women in science, technology, engineering and math), and computer programming is dominated by men.

Women software developers earn 80 percent of what men with the same jobs earn. Just 18 percent of computer science degrees are awarded to women, down from 37 percent in 1985. Fewer than 5 percent of venture-backed tech start-ups are founded by women.

Those statistics, released by Symantec, the security company, and the Anita Borg Institute, which works to recruit and promote women in tech, provide context for recent debates in Silicon Valley, like why Twitter has no women on its board.

Given that girls begin to shy away from computer science when they are young, because of a lack of role models and encouragement from parents and teachers, perhaps a short history lesson on Ms. Lovelace would be helpful….

Filed under: ald — by Matt