Awesome project from the Adafruit forums!

Just thought I would share some pics of a wearables project I’ve been working on and hopefully inspire some people to make their own. These LED suits use almost all adafruit products and neo-pixel LEDs. We primarily wear these to large music festivals and at times we get more attention in the crowd then the DJ thats on stage. The current neo-pixel count is close to 400 per suit and each suit is using a combination of sensors to manipulate the LED patterns and displays.

I am ordering a pair of the Video Glasses today to test out the possibility of completely filling the helmet visor with the LEDS just like the top strip, and using a helmet mounted bullet cam to feed the view infront of me to the glasses so I can still see to walk around. (I think this may provide even a better view then what often becomes a slightly foggy visor). 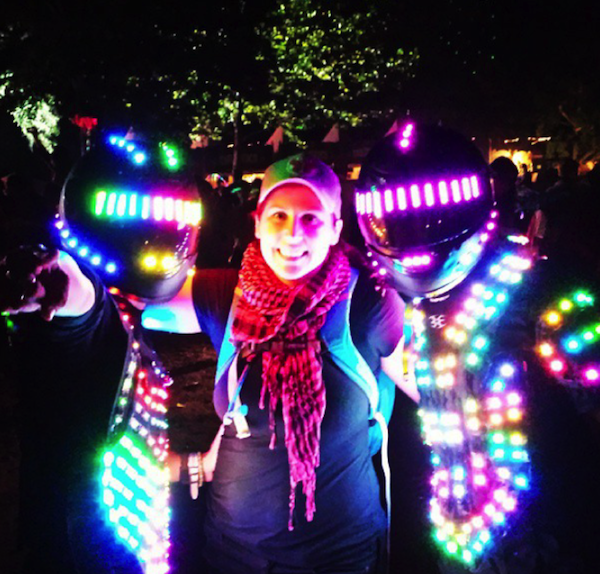 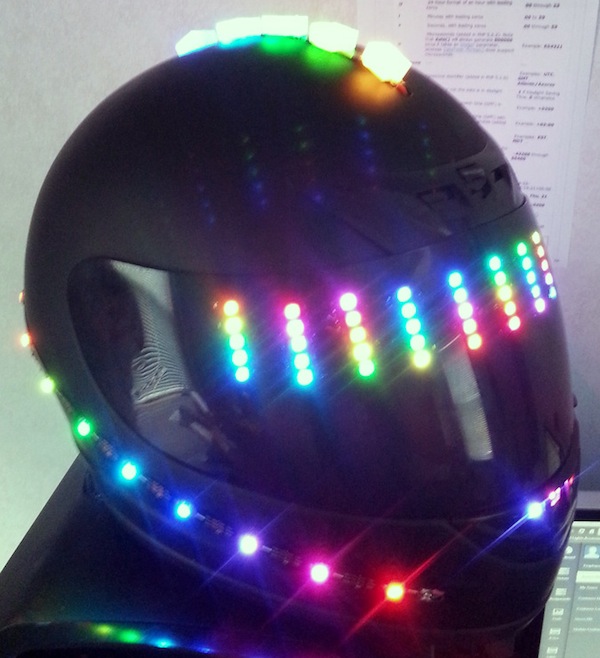 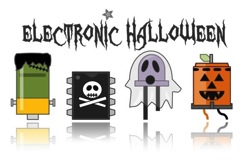 HAPPY HALLOWEEN! Each weekday this month we’ll be bringing you ideas and projects for an Electronic Halloween! Expect wearables, hacks & mods, costumes and more here on the Adafruit blog! Working on a project for Halloween this year? Share it with us on Google+, in the comments below, the Adafruit forums, Facebook, or Twitter— we’d love to see what you’re up to and share it with the world (tag your posts #ElectronicHalloween). Tune in to our live shows, Wearable Electronics with Becky Stern and Ask an Engineer, where Adafruit store discount codes are announced– get the most bang for your Halloween buck!