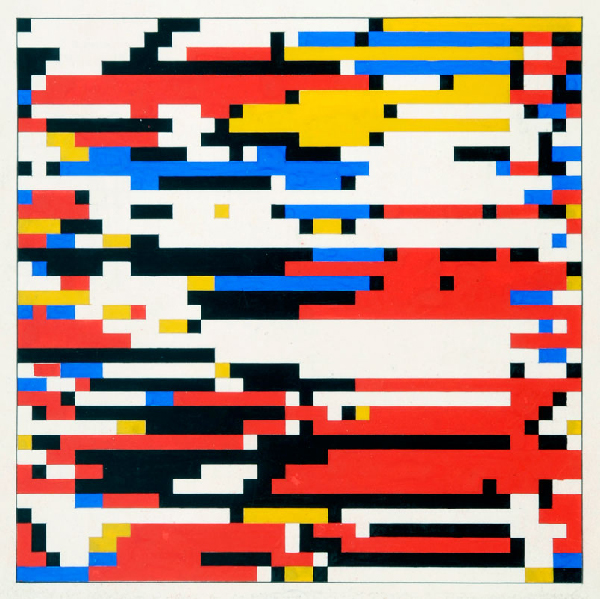 From Hiroshi Kawano. The Philosopher on the Computer which ran at Karlsruhe Project Space from September 24, 2011-January 08, 2012:

From the very beginning, computer art raised questions about issues of authorship and originality, which shook traditional notions of art. Is a programmer the artist? Or is it the computer that has to be named as the artist? What logic does artistic creation follow in computer-generated art? Already in the 1960s, Hiroshi Kawano from Japan recognized that computer technology and the scientific models associated with it encourage a questioning of the basic principles of aesthetics. He was neither an artist who discovered the computer as a new means of production and theme, nor an engineer who found his way to art via the new machine. Kawano is a philosopher who left the desk to experiment in the computing centre with theoretical models dealing with the logics of artistic production. ZKM is now offering the first retrospective devoted to his works. 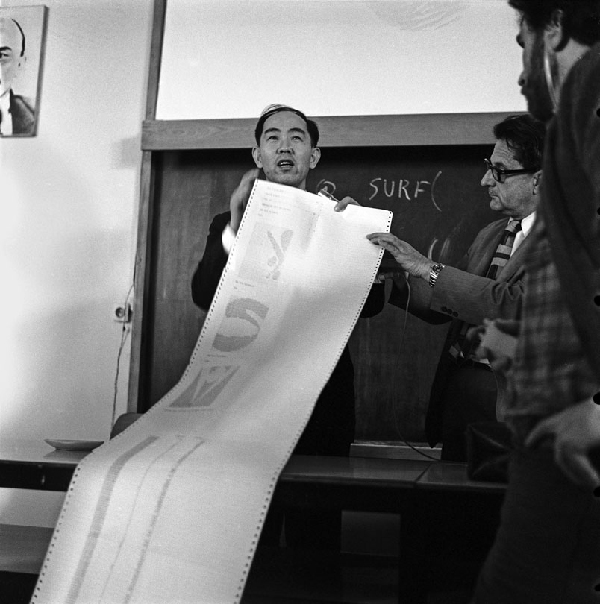 Japanese philosopher Hiroshi Kawano (* 1925) is among the world’s most important pioneers in capturing computer technology for the arts. The exhibition in the ZKM | Media Museum comprises numerous works and documents that have not yet been presented outside of Japan. They draw from the wealth of the Hiroshi Kawano archives, which have been at ZKM since early 2010. The retrospective emphasizes Kawano’s special role within the circle of pioneers in computer art.

Comments Off on Hiroshi Kawano, the Beginnings of Computer-Generated Art