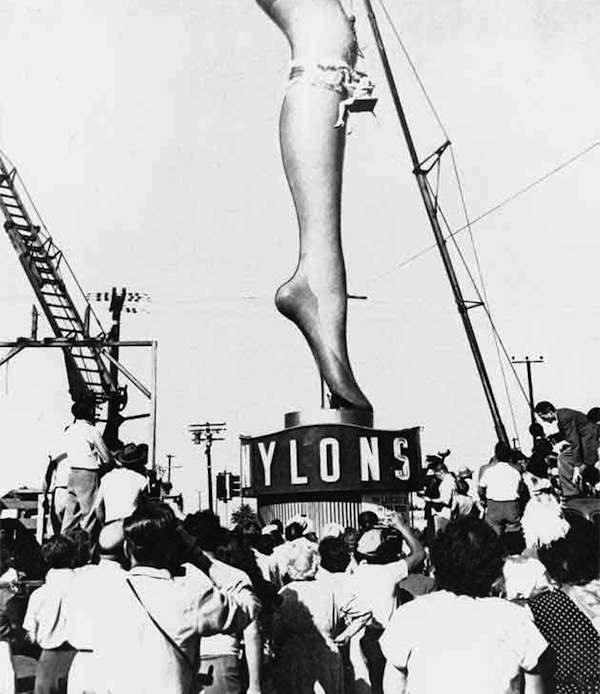 In 1939 (just in time for the WWII silk shortage), Dupont rolled out the world’s first nylon stockings, just a few months after they began selling the world’s first commercially viable synthetic textiles. Hydrophobic, strong, elastic and mothproof, they quickly replaced silk and rayon as the material of choice for stockings. 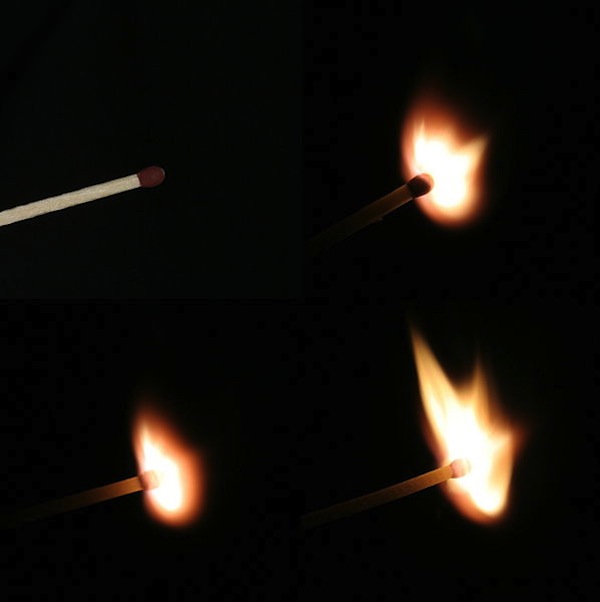 In 1836 Alonzo Dwight Phillips received the first American patent for a friction match, though it had earlier been developed in England by chemist John Walker and a cruder version by François Derosne in France. 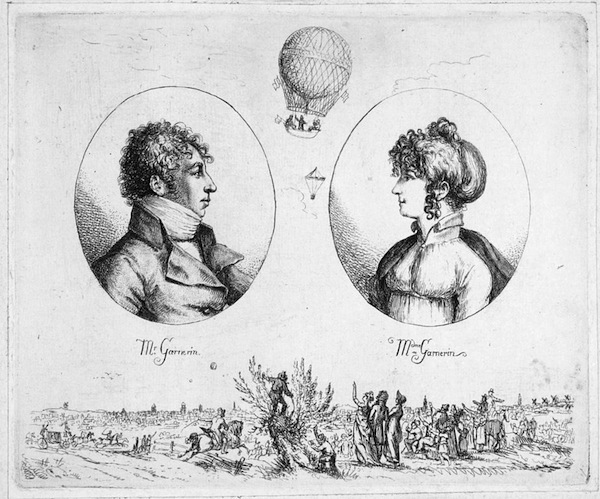 Today marks the 216th anniversary of the first parachute jump, made by Monsieur André-Jacques Garnerin in Parc Monceau, Paris. His parachute lacked a hole for air to escape from, resulting in a wildly spinning ride and a somewhat nauseous passenger. The image above shows him with his wife, Madame Jeanne Geneviève Labrosse, who controversially took a highly publicized ride with him as the first female parachutist in 1798.