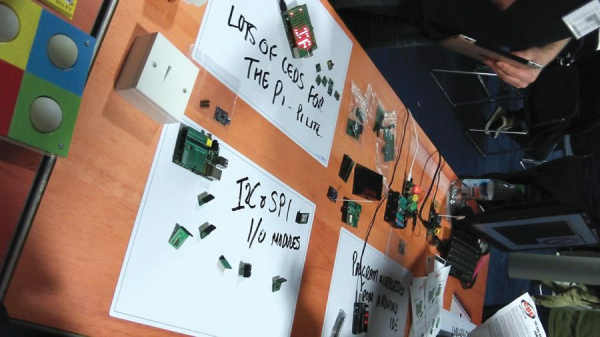 Here’s an interview over at TechRadar with ICT teacher Alan O’Donohoe who started the Raspberry Jams in the UK, which has gone on to become a worldwide phenomena. Check out this excerpt and then read the full interview at TechRadar:

A few years ago, I was teaching ICT, and realised that we needed to change the way that ICT was taught in schools. I wanted to bring Computer Science into the classroom, even though I had not studied Computer Science myself.

I started reading up on the subject. I was looking around for resources and tools, but one of the problems I faced was the limitation of installing software on the school’s computers, as they were heavily locked down. At the same time I was reading about an upcoming device, called the Raspberry Pi. The Pi would allow me to teach computer science to my students, as they would not be as restrictive as the school’s sytems.
I started a Coding Dojo in my school. A dojo is similar to karate lessons, where the group learn coding skills in the same way that karate students learn via katas. The dojo led to a much larger event, Hack to the Future, a one-day unconference for children. This event had makers, hackers and IT industry figures interacting with children who learnt a whole lot more about computing.

Running Hack to the Future gave me the insight into running other events. When the Raspberry Pi was available for order, I, like a lot of people, was awake early, ready to pre-order my Pi, but due to the huge demand I was unable to secure one…

I was sure that if I got hold of a Raspberry Pi that I would be able to do lots of amazing things. So I thought, if I couldn’t get hold of a Pi, then I would find people who have been able to. But, I was unable to find anyone who had a Pi, so I had the idea of running a group or event that would persuade people to come along with their Raspberry Pis, and show what they were doing with it.

I believed that there would be two sorts of people with Raspberry Pi, those that had created great projects, and those that had tinkered, and then put the Pi in a drawer. My event needed a name, so I asked my wife, and she came up with the name Raspberry Jam, using the word jam in the same way that musicians do, a group playing together.
I hosted the first Raspberry Jam, in a training centre, which is an annex of my school, the room could hold 30 people, and to my surprise, within 30 minutes of posting the event details online, all 30 tickets had been allocated. As this event was building up, I received a message from Australia, asking if they could set up a Raspberry Jam in Melbourne, a few days later Ben Nuttall asked if he could do the same in Manchester, I excitedly said yes to both these requests.

Read more of the interview here! 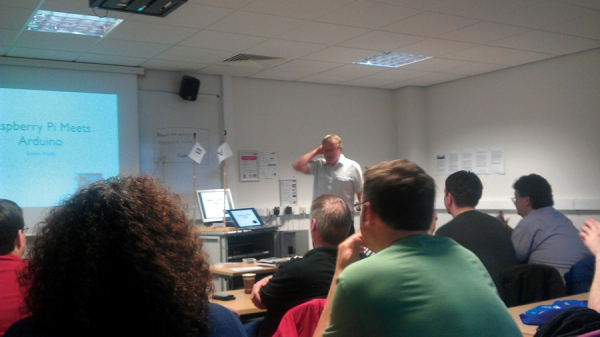 Comments Off on Interview with Alan O’Donohoe, Who Started the Raspberry Jams Movement #3DThursday #3DPrinting