Michael Nilsson and Marcus Olsson of slickstreamer have built a music visualizer into a table with LED lights that flash to the beat of the music.

This hack start as a idea to connecting Spotify to philips hue and make them flash in sync to the music. But during the path off the project it become more about led lights =)

There is four parts in the current configuration:

Spotify have an api to get realtime analyse of the playing track so it is possible to do beat detection and other fun stuff. When i started this project I had no idea how to visualities music and just test different things to it locked good. The code is at the moment a mess but you can find it here

The raspberry pi is running a node.js app that is connected to a digital RGB LED Strip LPD8806 from Adafruit and the Spotify app is connecting to the node app using socet.io. Code

The Arduino is controlling Ikea dioder and are connected to the Raspberry pi using serial port and changes colour in sync to the beat and intensity to the base band.
Code

The philips hue is more as some extra mode lights due to the hub is not not fast enough. Have only bean able to get one light bulb blink in sync whit the music whiteout lagging. 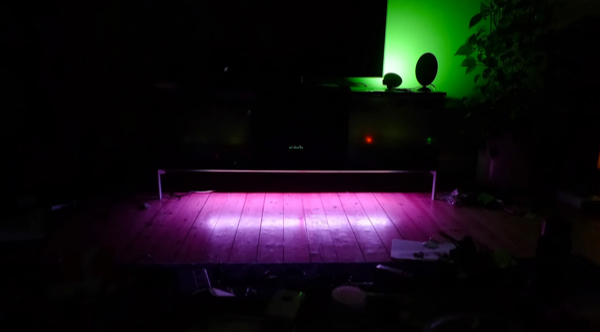 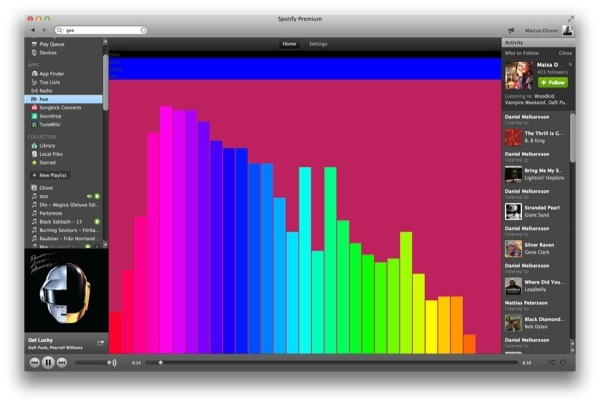