Students at the School of Electronic and Electrical Engineering program at the University of Leeds developed a POV Globe modeled after Death Star. We’ve shared about this before, but here’s how they did it. From makerflux:

As well as giving the illusion of a miniature Death Star, the globe can be programmed to project many different images using a raspberry Pi that is mounted in the centre of a transparent sphere. The Raspberry Pi sends signals to a ring of RGB LEDs that are rotated at high-speed (300 rpm)…Because of the speed of rotation and the Raspberry Pi’s ability to change the colours of the LEDs very quickly, our brains interpret the projection of light on the surface of the sphere as a solid image. The whole thing can be controlled wirelessly via an iPad… 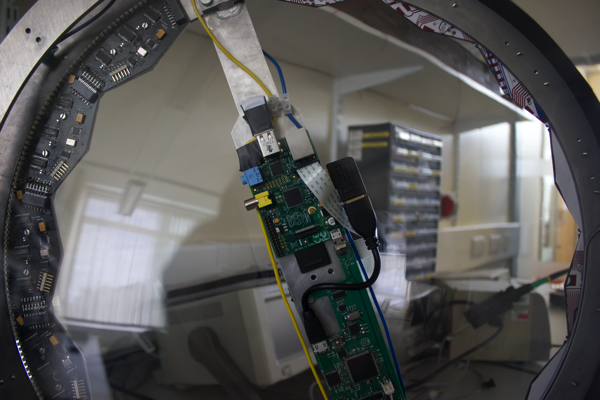 Filed under: Raspberry Pi — by Kelly