At This Spa, Watch 3-D Printers Create a City While You Soak in the Tub #3DThursday #3DPrinting

At This Spa, Watch 3-D Printers Create a City While You Soak in the Tub, from wired:

3-D printers are typically used to create models of futuristic objects that a designer wants to bring into the world, but Brooklyn-based artist Jonathan Schipper is using the far-out fabrication technology to create an existential sense of dread. His latest project, called Detritus, is a gloomy installation where a custom-built, room-sized 3-D printer crafts a miniature world in decay. Set in a reclaimed boiler room turned gallery space, the robot is suspended from the 40-foot ceilings and deposits a specially formulated saline paste onto a 12 ton desert of salt, and is programmed to build a desolate landscape filled with ruined buildings, trashed tires, and discarded objects.

In a Nero-fiddling-while-Rome-burns twist, patrons watch the grim tableau take shape from the comfy confines of a hot tub. Over the course of a soak, the robotic print head traverses the room constructing the tiny city before their eyes, but once the show is over soaked spectators exit the tub and are forced to walk over the landscape, destroying it like gallery-going Godzillas.

The work was partially inspired by a geology lecture Schipper attended where the speaker described a theoretical film shot at the rate of one frame per year. Viewers would see mountains and oceans move, but depending on the time of year, might not see a single person or even leaves on trees. The only evidence of human existence would be the things we’ve built and left behind, but even the tallest skyscrapers and expansive dams would appear to rise and fall in mere seconds. “I have always had a fondness for post-apocalyptic ideas,” says Schipper. “We spend so much time forcing the planet to confirm to our will that the idea that one day it could be free of your yoke is to me a very appealing one.” Detritus is a fast-forwarded vision of what the world might look like without us. Schipper isn’t hoping for a catastrophic meteor strike to make his vision a reality, just to foster a bit more sympathy for the planet’s less dominant inhabitants… 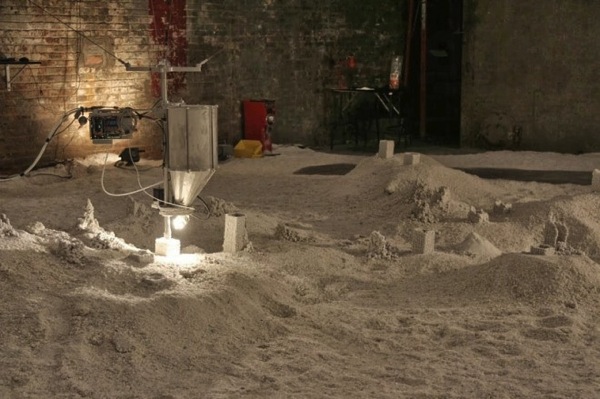 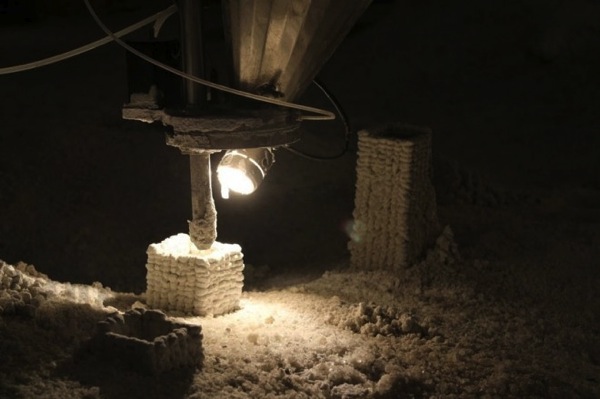 Comments Off on At This Spa, Watch 3-D Printers Create a City While You Soak in the Tub #3DThursday #3DPrinting