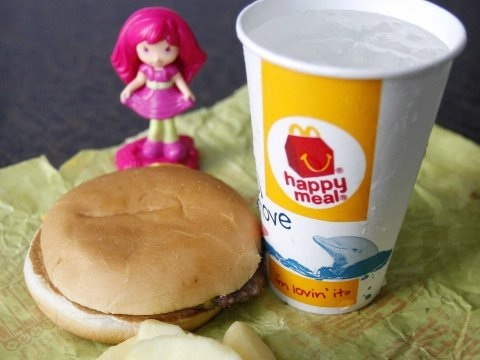 While this news has been popping up in a number of locations, we found this take on the issue pretty amusing, and seems likely to generate a very interesting dataset. Which kids are thrilled with the toy they get in their Happy Meal that they don’t want to line up to see what the restaurant’s in-house 3D printer will make for them?

Fabes says using 3D printers on-site would allow staff to print the toy of the child’s choice, should the kid not like the toy McDonalds is offering at the time.

“Countless families have had their enjoyment of a nutritious McD’s ruined because they turned up the week that the starring character in that season’s kiddie-sized blockbuster had been replaced by an earnest but boring supporting character as the toy of choice,” the UK’s Register reports.

Having the ability to create toys on demand could potentially become an even bigger draw for families to visit the establishment. But the somewhat egregious idea is just that; an idea….