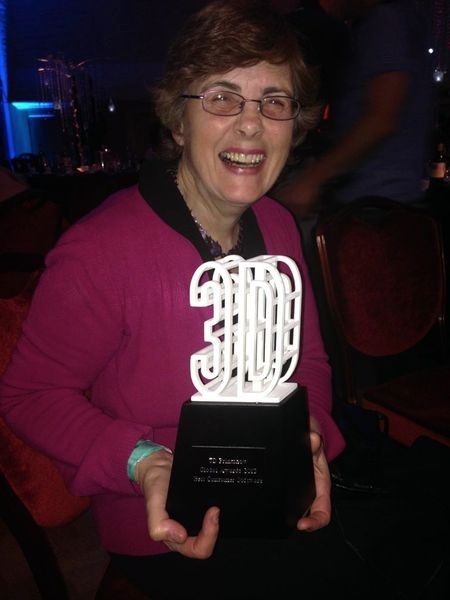 The rumor has it that the world didn’t take film seriously as an artform until the annual red carpet awards shows told the world that this was true. (This rumor might date back to detractors from the early days of film, but after over a century of film history and over eighty years of the Academy Awards, who’s likely to deny film it’s due?)

With the Museum of Art and Design “Out of Hand” survey exhibition and the 3D Print Show London 2013 Awards Show, we are starting to see conferences and exhibitions making a case for this new fabrication technology as deserving serious consideration as an art and industry all on its own, with unique properties and culture.

Here are details from 3D Print Show about the awards:

The 3D Printshow awards is an annual event launching in 2013 with a global reach, open to anyone, professional or hobbyist, individual, team or business contributing to the world of 3D printing throughout 2012/2013. These awards have been created with a two-fold purpose:

Industry awards are a way of recognising those individuals, teams and businesses that have made outstanding contributions within their field. With an incredible range of roles, from engineers to software programmers, fashion designers to architects, 3D printing is so widespread; it is now at the point of disrupting almost every other industry in operation today.

The 3D Printshow awards will help to recognise those individuals who have embraced 3D printing as a new technology within a given field and also to acknowledge those who have worked tirelessly to improve 3D printing technology, making it more adaptable, robust and cost-effective for businesses and creative minds to adopt.

And here is some reporting from General Fabbaloo that covers the first fourteen awards presented:

Artist of the Year: Isaie Bloch, who produces amazing 3D printed art using geometric structures impossible to produce in any other way.

Green Award: Wasp, who are developing 3D printers that eventually will be capable of printing homes in third world countries using onsite materials.

Inspirational Individual: Andrew Dawood, for his contributions to dental implants.

Educational Excellence: Philip Cotton, for his use of 3D printing in his design and technology course at a UK high school.

Best Business Newcomer: 3Doodler, who produced a simple yet effective handheld extruder, with which one could rapidly “sketch” 3D sculptures.

Best Online App/Service: Autodesk 123D Creature, part of their 123D suite (all of which are pretty awesome). “Creature” enables the design of startling 3D characters, which of course, can be 3D printed.

Best Consumer Software: Anarkik 3D, who produce 3D design interface software with a difference: its haptic feedback enables you to “feel” what you’re shaping during design.

Best In Show: Legacy Effects, who create amazing 3D characters for use in the movie industry – like the Iron Man costume.

Brand of the Year: MCOR Technologies, who produce a true-color 3D printer that uses common paper as its print medium. 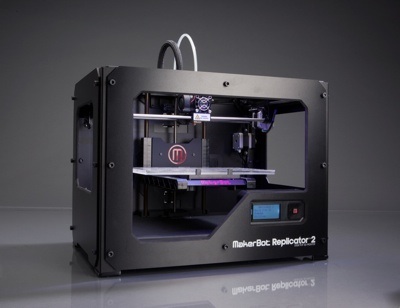 MakerBot Adafruit Edition: Adafruit has teamed up with our friends over at MakerBot to offer the MakerBot Adafruit Edition. The talented members of the Adafruit community are exploring 3D printed solutions for their inventions, electronics enclosures, mounting hardware, and artwork, so we have bundled a MakerBot Replicator 2™ desktop 3D printer with three of our more popular DIY electronics projects. After you’ve built your kits use your new MakerBot to print out the kit enclosures! This MakerBot includes a special limited edition MakerBot + Adafruit build plate and a 3d printing for electronics pack! Please note, MakerBot Adafruit edition includes a Raspberry Pi, the “free Pi” with purchase over $350 does not apply to this product. (read more)