MakerBot aims to put a 3D printer in every school, and wants you to help pay for it #3DThursday #3DPrinting 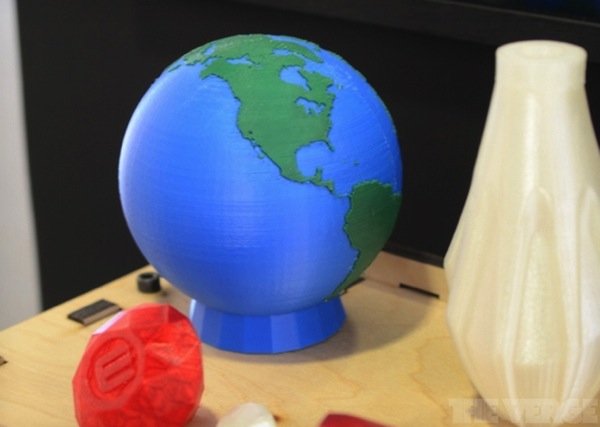 Makerbot Academy announced: MakerBot aims to put a 3D printer in every school, and wants you to help pay for it. From The Verge:

Google and Reddit have previously turned to DonorsChoose for other educational tech initiatives. In this case, MakerBot is urging teachers to sign up for DonorsChoose and ask for pledges toward a MakerBot Replicator 2 3D printer, last year’s model, along with a supply of the plastic used for printing and an equipment service plan. MakerBot is offering a slight discount for its education bundle: $2,352 dollars for the whole package compared to $2,700 for the general retail price. The $348 discount is equivalent to about the cost of one year of the company’s service plan, according to a MakerBot spokesperson.

But in Brooklyn, where MakerBot is based, founder and former middle school teacher Bre Pettis is discounting the printer package for public schools down to just $98, with much of the money paid by corporate sponsorships. MakerBot is also hosting an online design competition to get 3D modelers to come up with the best designs for printable math supplies, such as counting blocks, and the winner will get to pick a school to receive a Replicator 2 bundle for free. The combined effort is clearly a great way to move more MakerBot 3D printers into the hands of young people and raise awareness of the company, but MakerBot also cites President Obama’s call earlier this year to revitalize American manufacturing as inspiration. Let’s just hope the plan goes better than a recent effort in Los Angeles to give students iPads, which has been curtailed after students bypassed the devices’ security settings.

Comments Off on MakerBot aims to put a 3D printer in every school, and wants you to help pay for it #3DThursday #3DPrinting