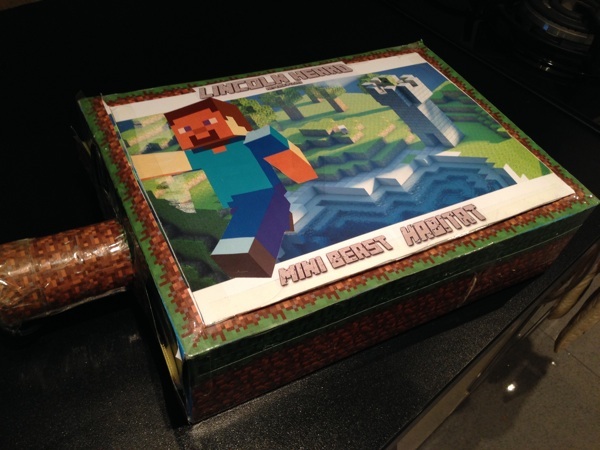 My wife wafted a leaflet under my nose that Lincoln had had from school @YsgolBrynHedydd about a Mini-Beast Habitat competition. That’s how it all started. Firstly, its the kind of task that’s right up my street as it involves Lincoln and insects. Not to mention its a COMPETITION. Not that i’m competitive or anything!

So the idea behind the task was to make a mini beast habitat fit for an insect (albeit slow moving from what I can gather, you know, snail, beetle, mere wood louse, that kind of thing) The task involves hunting for recyclable stuff to make the habitat with and then put a range of materials in there to see which habitat particular beasts prefer – grass, pebbles, leaves etc.

So with an old, large Rice Krispie box ready for a makeover, I got thinking how we could make a habitat that not only wins a place in the nature area but also one that would stand out from the crowd. If I was an arts or crafts teacher I am sure it would have been adorned with all manner of paper mache attire, glued and painted in glorified poster paint technicolor. But seeing as I am an IT/Computing teacher, I had to get some tech in there somewhere!

Initially I did a quick sketch and wrote a list of things to consider, I explained to Lincoln why these things were important as we planned our project. He is just happy he gets to play with a Raspberry Pi in the process! 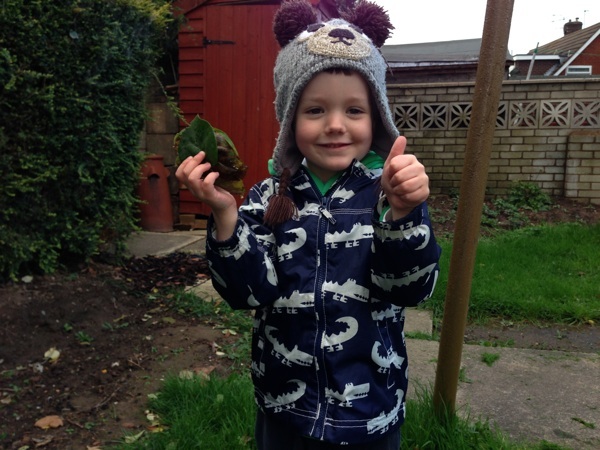 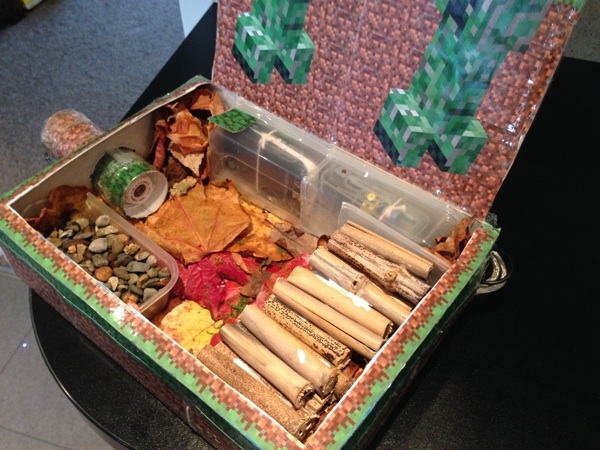