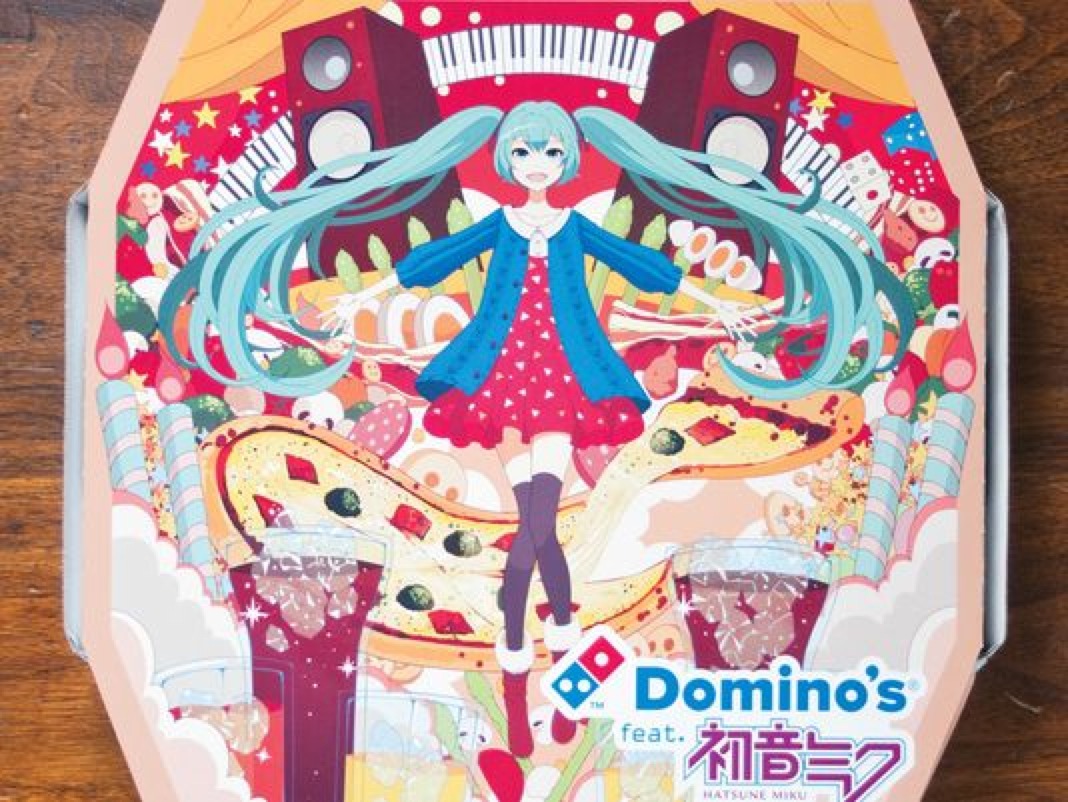 Great pizza is art, but so, sometimes, is the box.

But it also addresses a question that springs to mind when you see this colorful little volume: Why pizza boxes?

The author of the just-published Viva la Pizza! The Art of the Pizza Box (Melville House, $22.95) remembers the first time he became transfixed by a pizza box. It was 2008 when he was traveling in Israel and spied a bright yellow one. Wowed by its color, he snapped a photo and got on with his trip.

A short time later, Wiener began amassing the cardboard receptacles – not a huge stretch for a guy who had just started an enterprise called Scott’s Pizza Tours. Today, he has 600 boxes from 42 countries neatly broken down and stacked in his New York apartment.

Domino’s in Japan has boxes have AR too.

A Japanese Domino’s pizza box features Hatsune Miku, a “singing synthesizer application with a humanioid persona.” With the aid of a free app, the character appears to perform on top of the box.

Comments Off on Pizza box art