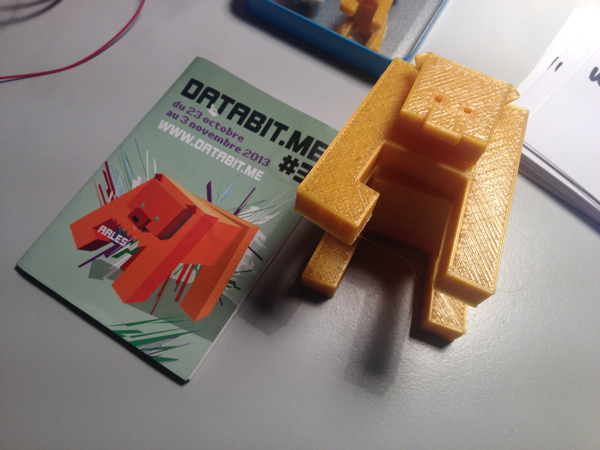 databit.me just ended its third year in Arles, France where it hosted nights of performances and video screenings as well as a week long residency for cross disciplinary artists to create collaborative work.

3D printing, projection mapping and dance, knitting machine hacking, Apple I and II demos, video game development, and circuit bending were all represented by groups from all over France and Europe.

Databit.me is an ephemeral festival/research laboratory for digital arts to promote a culture of collaboration and with an intent to share with the community. Rather than digital high tech or the consumption of “planned obsolescence,” we want to educate the public in Arles and surrounding regions about such issues in an attempt to regain control through cultural exchange. For one week, several artists and fellows will combine inspirations and actions to be exhibited during an evening of unique “Game Over” events.

Residences: time creating original forms to be presented on stage during the closing ceremony…including a collaboration between Scott Sinclair and Janken Popp on a hybrid audiovisual project, Vaucluse-Berlin connection. Searches / Hacking / Music / Electronic / Coding / try / Dating Our philosophy. Starting a ferment of ideas and concepts by mixing individual practices and common experiences, an enhanced “Game Over” evening will emerge from a week working in “lab” mode. Workshops and labs on weekends, open to all include: an introduction to game creator on Scratch MIT, circuit bending, retro-coding, machinima and an Hackvision master class. Plus an afternoon introduction to online and offline security in a digital world and biopolisé evening hunt “spammers”. – translated from the original

Saturday, Oct 26 was the official launch of the festival. CGT, which housed the event in the heart of Arles, was transformed into an exhibition space, performance venue and workshop.

The opening night included two performances by Franco Mannara, a presentation by André “Loz” Lozano, who shared his work with Apple I and II computers and a collaboration with Thomas from Agression Sonore and myself 😉

The entire event was webcast with this cool, repurposed surveillance camera! 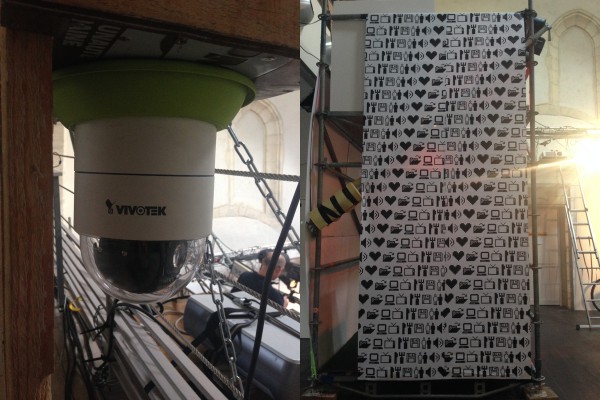 The next day, Sunday, Oct 27, was CIRCUIT PIXEL, an enhanced tour through the city of Arles:

Digital art exhibition outdoors between experiments and technologies. To participate to carry a netbook, a smartphone or a laptop …

In connection with databit.me.
Stroll through which urban walkers are encouraged to discover digital works in the street. The peculiarity of the course is the ability to access and / or “harvest” of works (usb, networking). Walkers are invited to share content. The exhibition is open and scalable, it questions and enlighten our use of technology. – translated from the original 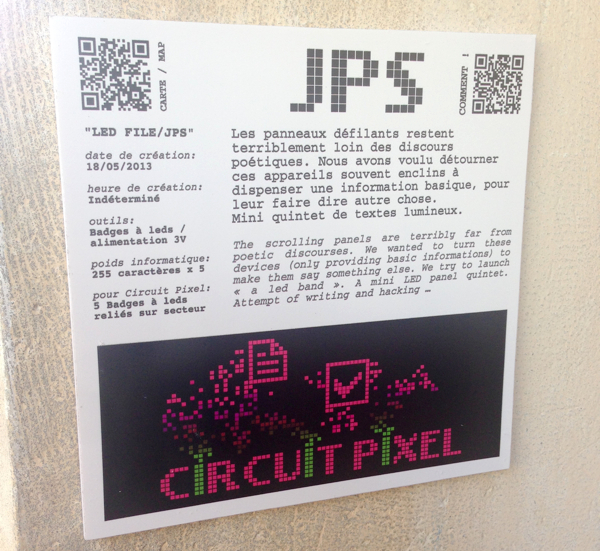 Residencies began on Monday, Oct 28 and went through the week. These included Yann van der Cruyssen‘s work on his “Obscure Tracker,” projection mapping dance rehearsals, many collaborations and, my own work with Electroknit knitting machines.

I ended up having to disassemble, clean and reassemble the knitting machine but the results were very much worth the work! An FTDI cable was hacked to enable me to transfer designs created specifically for databit.me to the knitting machine. The concept was to start with the event’s name and systematically glitch the file, transforming it from text into pattern. 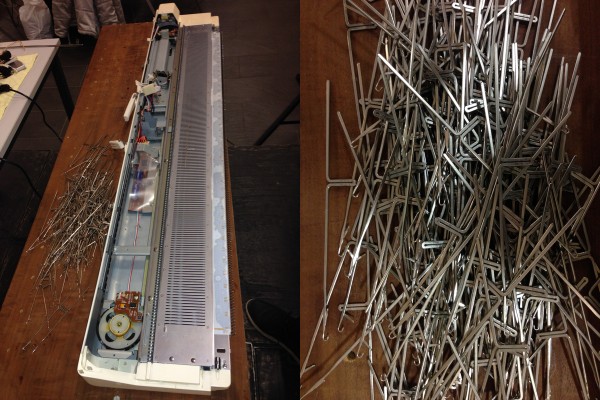 Debeul Axel‘s work with Pure Data and what he referred to as “junk” proved to be one of the most intriguing uses of re-purposed, hacked electronics…sewing machine included 🙂 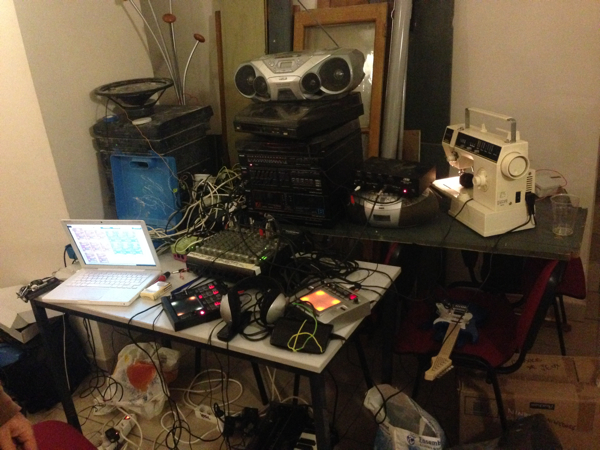 Throughout the week, DYDLO was busy 3D printing tiny databit.me bears and fashioning pins and earrings for festival goers as souvenirs. I was fortunate enough to print the 8-bit fork and knife from the festival banner 😉 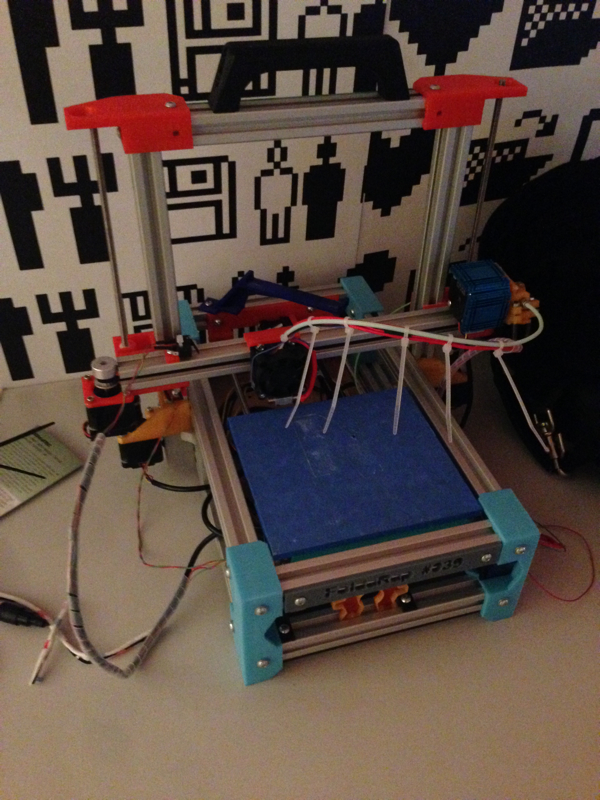 Workshops for game development and circuit-bending took place throughout the week and were well attended by young kids looking to learn some skills. 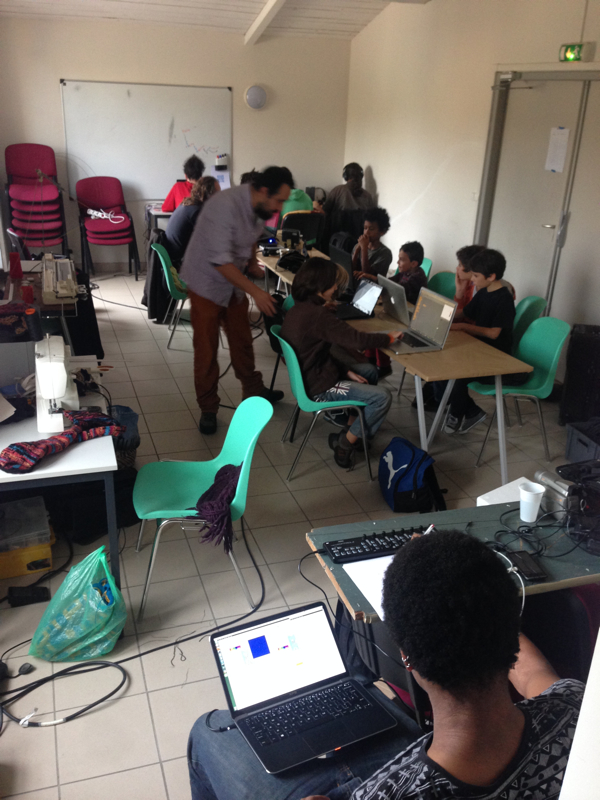 Antonio Roberts from Birmingham, UK and who participated in last years edition of databit.me made it back and delivered some excellent live visuals in collaboration with both Duebel Axel and Dame Blanche. 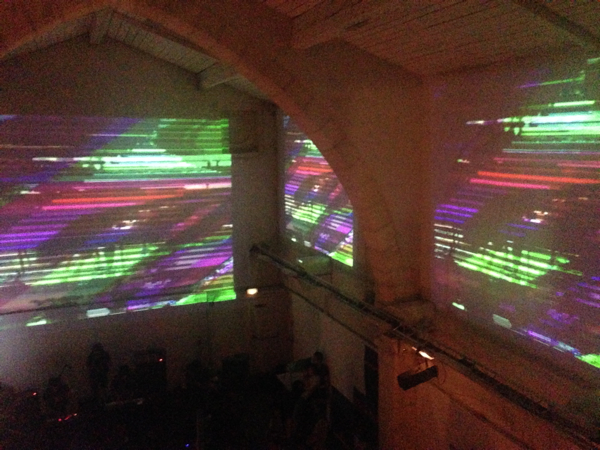 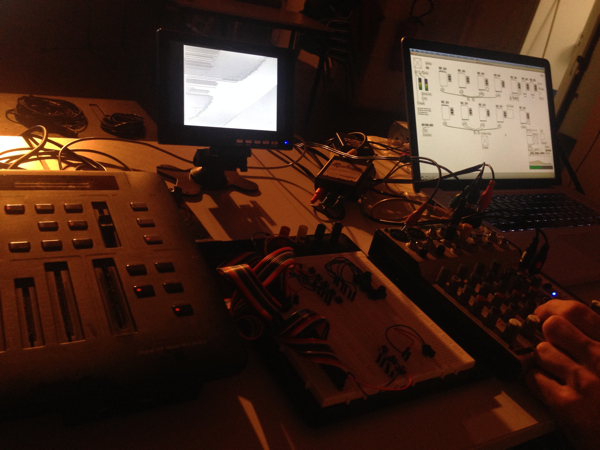 Sugar Craft delivered one of the festival highlights. 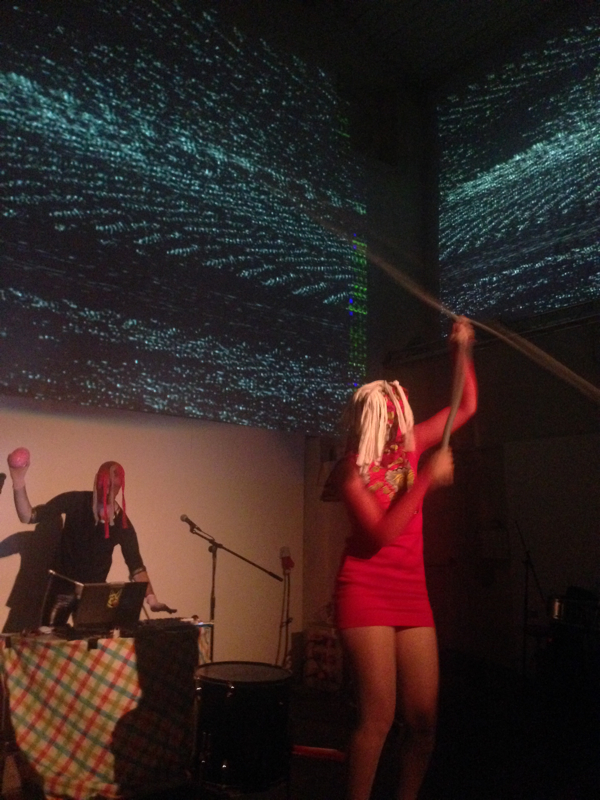 Many people I met at databit.me were already familiar with Adafruit! I had an excellent time and met so many great, creative people. As the only American there, it was an honor to participate in this unique event. If you’re in the area next year, be sure to make it to databit.me!

Comments Off on databit.me 3 brings software & hardware hacking to Arles for a third year