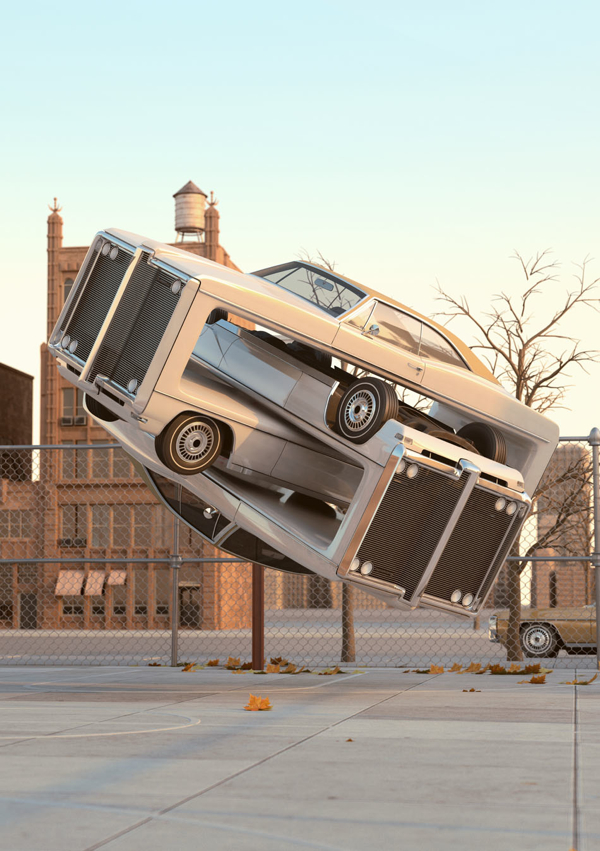 Chris Labrooy is United Kingdom based artist and graphic designer who thrives in small projects which take a small idea and run with it. His most recent project, Auto Aerobics began as an exercise in place and context. Inspired by a winter trip to Brooklyn, La Brooy began to manipulate a Pontiac car which originally only served as a background object, but became the focus of the entire series. 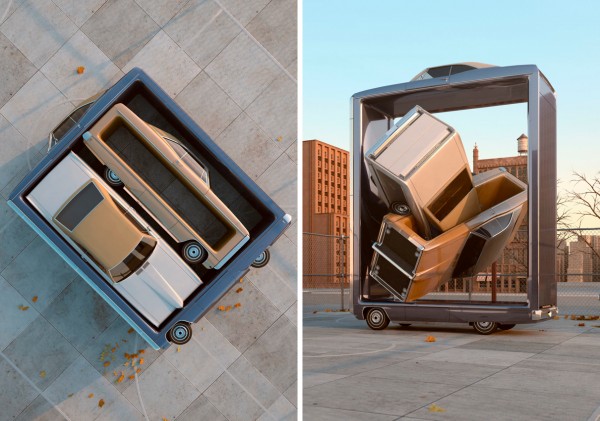 By taking the familiar shapes and forms of the American Auto’s chassis, La Brooy digitally manipulates them by bending, stretching and combining, and seemlessly building them into the landscapes which they were inspired by. The bizarre, impossible, and totally impracticle images result in strikingly memorable floating sculptures that feel both alien and familiar.