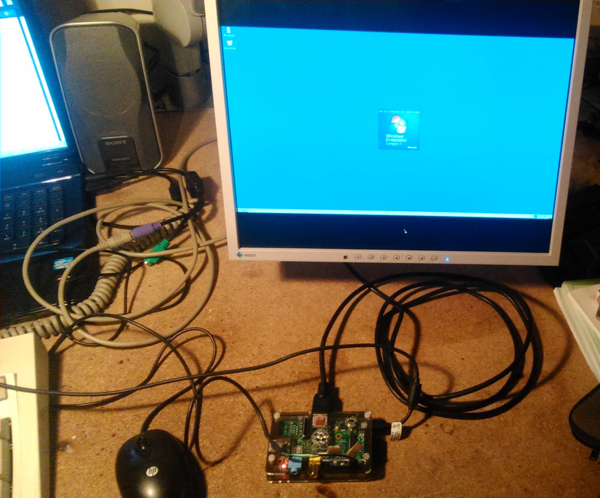 ideeman has made some serious progress getting Windows Compact Embedded to run on an RPi. Here’s what he has to say via hackaday.com:

Unfortunately, as it is now, I can’t really control it through anything else than via the kernel transport layer (through serial, directly to visual studio, and I still get lots of checksum errors, must me from the cheapo USBTTL 3.3V adapter I’m using). The original developer (dboling) is still struggling with native USB drivers, but as you can see, he already got a (unaccelerated) running display driver.

If you’re interested, I can send you the compiled kernel image, but I don’t think you’ll do really much without the serial debugging provided through Visual Studio 2008 (+Platform builder 7.0)… I’m not sure it can be legally released to the public though.