Community Corner: DIY LCD Display, a Lighted Christmas Tree in a School Locker, the Calculator Watch Goes (Really) Retro, and Other Delights from this Past Week in the Adafruit Community

Ben Krasnow shared a tutorial on how to make your own custom LCD at home! (read more)

There are people making amazing things around the world, are you one of them? Join the 68,749 strong! And check out scores of projects they shared this week after the jump! 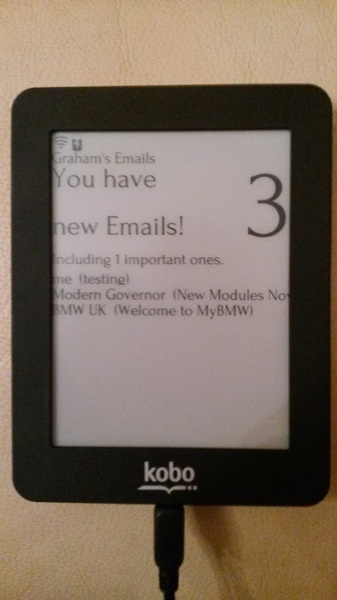 Graham Jones shared: “I have been playing with a cheap (&lt£30) kobo mini ebook reader. It is basically a small computer running linux with an e-ink display, wifi and touch screen. I have turned it into an email notifier, but it might be a useful remote display for data logging projects etc. Details here if anyone is interested.” (read more) 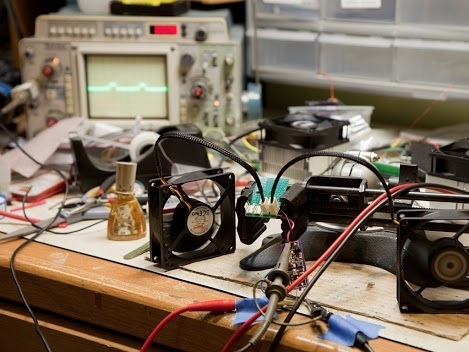 Oleg Mazurov shared: “Testing a buck converter to run 12V fans off of 48V power supply. 60V Vin max, warm to the touch at 1A load in still air, cold when placed into the air stream from the fan. LT3431s are awesome :-).﻿” (read more) 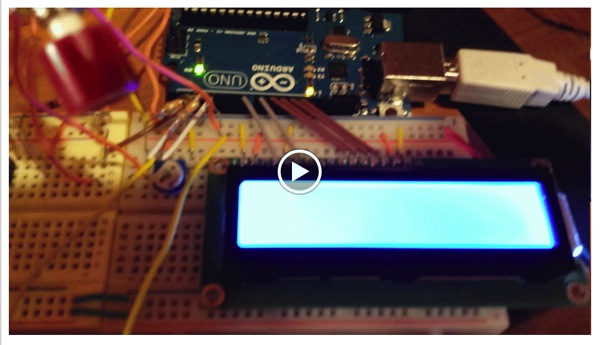 Sam Gallagher shared updates: “Building my little notepad/messenger. This is one half of a two part project, where I’ll have two or more of these communicating over a wireless channel. The analog aspect is proving much more difficult than this digital part haha.﻿﻿” (read more) 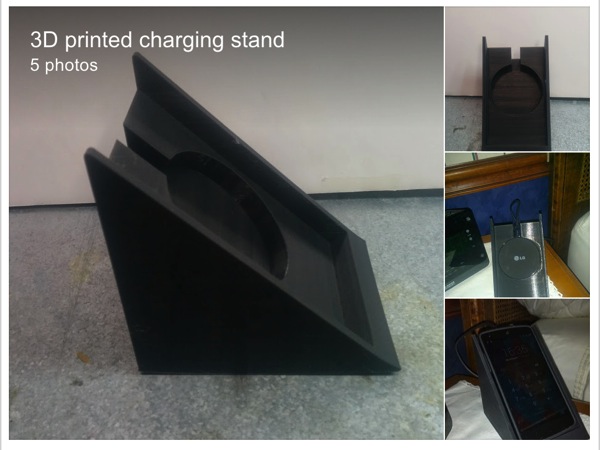 Keith Woeltje shared: “Sorry for the re-post. Original disappeared for some reason.
Stand to hold an LG WCP300 wireless (Qi) charger for my Nexus 5 with bumper case on. Designed in Autodesk’s 123D Design. On Thingiverse.” (read more)

william foster shared: “been working on this robot, using the us-100 ping sensor.” (read more)

Richard Wardlow shared: “My son has been messing around with Scratch for a while now and always interested in electronics I asked him to try to come up with something that combines the two, this is what he came up with using pyMCU loaded with a picoboard emulation firmware: pyMCU with Scratch﻿” (read more) 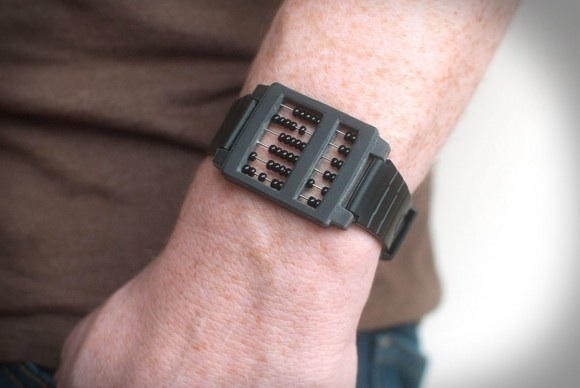 Nathan (of Pumpkris fame) shared a mostly 3D printable Abacus Wristwatch and HowTo over at his projects site HaHa Bird: “After building the abacus bracelet last year, I wanted to explore the idea of archaic wearable computing a little more. An abacus wristwatch seemed like a good way to do so, and the project would challenge me to learn 3D modeling. Pebble or the rumored iWatch would have nothing on the computing power I had in mind! I did the modeling in Autodesk’s 123D Design, and after a week of evenings spent on it (my fluency in 2D design does not translate into 3D) I finally got the clunky 80s calculator-watch look I was after. I uploaded the file to Shapeways to be printed in their black detail plastic….” (read more) 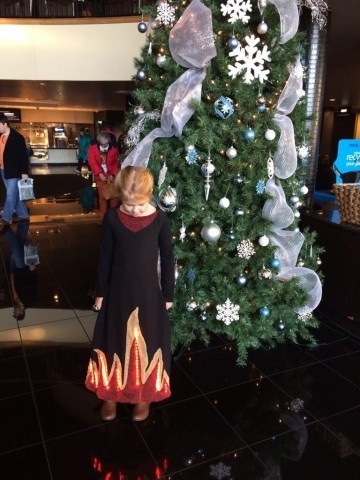 mcpherson threed shared: “Christmas tree set up in my daughter’s high school locker. Based on an Arduino/Waveshield combo, it will play one of 6 random songs and display one of 6 sequences on the LED string. The LEDs are the 12mm tri-colored string available on adafruit.com where the Arduino and Waveshield were also purchased. When the door is closed, the magnetic door switch will power off the system.” (read more)

Marcus Olsson shared his Don’t look at me LED jar @ slickstreamer, named because at full brightness the jar is so bright that audiences have to look away! “For Malmö music hack weekend (MMHW) I decided to hack something with LEDs. I had the idea of building a led wall that reacted on music and showed different animations. So I ordered 4 meters of 144 LED/m led stripes, a PSU to handel the load of 576 LEDs and a Teensy 3.0. Sadly I didn’t finish on time for the presentations and only had the LED wall running a test program to blind the audience with at the end of the hack.” (read more)

Comments Off on Community Corner: DIY LCD Display, a Lighted Christmas Tree in a School Locker, the Calculator Watch Goes (Really) Retro, and Other Delights from this Past Week in the Adafruit Community