I think Ray Bradbury, one of the true science fiction masters, gets to the heart of the matter when he says:

“I have never listened to anyone who criticized my taste in space travel, sideshows or gorillas. When this occurs, I pack up my dinosaurs and leave the room.” – Ray Bradbury, Zen in the Art of Writing 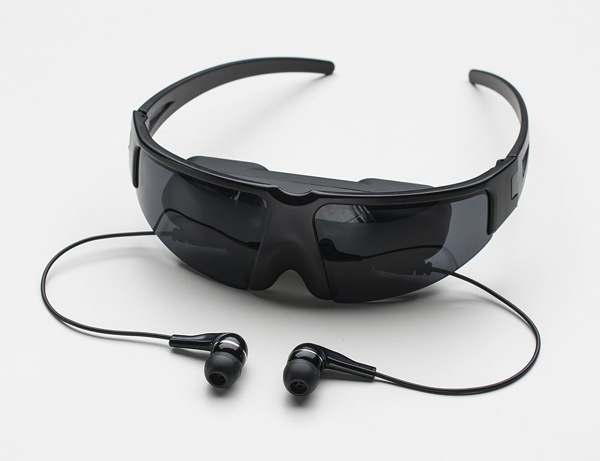 NTSC/PAL (Television) Video Glasses:You are from the future with these futuristic video glasses. Or at least, an 80’s version of the future. Wearing these turns your vision into what appears to be a 52″ television a few feet away. These are basic video glasses, they do work well, taking standard NTSC/PAL video in and projecting a 320×240 display onto your eyeballs. They’re not terribly comfortable for long term use as they’re a bit heavy, but we think these would be best used for hacking and modification of the the micro display/optics inside. Read More 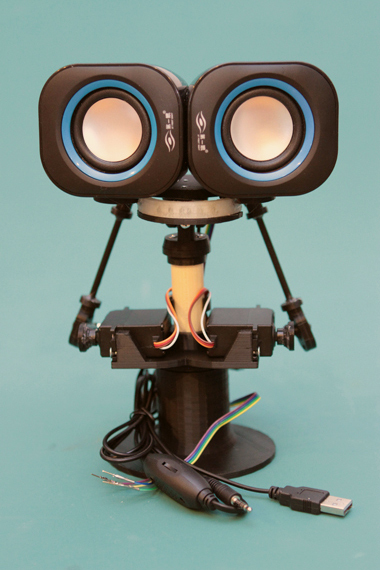 3D Printed Animatronic Robot Head: Have you ever wanted to build a robot, but don’t know where to start? Or… are you looking for a project that you can cut-your-teeth on? This servo-controlled animatronic robot head uses two servos for movement, two speakers for eyes and an LED mouth for a friendly remote-controlled robot. This an advanced project, for people who already know how to control servos and LEDs. This tutorial will focus on the 3D printing and assembly of the ‘bot head! Read More

Adafruit Trinket-Modded Stuffed Animal: People love stuffed animals! One of the first toys a child gets is some representation of an animal. Over time, these beloved companions become part of what we surround ourselves with. This project provides ideas for creating stuffed, papercraft or other toy animals with characteristics you want. What’s more fantastical than a robotic stuffed animal? You can chose your animal, make it move and have it make sounds. Assembly is straightforward, the most complex component is using your imagination. The basic circuit shows you how to use a servo motor, a piezo speaker, and a photocell to provide interactivity with your animal. Read More

WiFi Controlled Mobile Robot:The CC3000 WiFi chip has a wide range of applications, and thanks to breakout boards like the Adafruit CC3000 breakout board, it is very easy to interface this chip with open-source platforms like Arduino. In this guide, we will focus on one of these applications: robotics. We are going to see how to plug the CC3000 WiFi breakout board on a mobile robot to control it remotely from your computer, or from your smartphone or tablet. The tutorial will start by introducing the different components that you need to build a robot suitable for this tutorial, and how to plug the WiFi chip to your robot. Then, we’ll see how to write the Arduino sketch & the server-side interface. Finally, you will find a short video of the robot in action. Let’s dive in! Read More 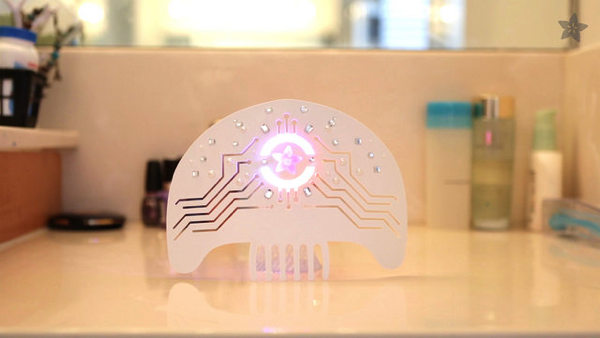 3D Printed NeoPixel Ring Hair Dress: Here’s an elegant wearables project for those really special occasions. A 3D Printed, LED Hair Dress, powered by an NeoPixel ring and Gemma, Adafruits tiny yet powerful wearables micro-controller.To wear the hair dress, simply pull your hair up into a bun and stick it in where it feels most comfortable. You can use hair pins to hold up the hair dress to keep it from flopping over or falling off. Take caution when wearing the hair dress shaking your hear or dancing! Read More 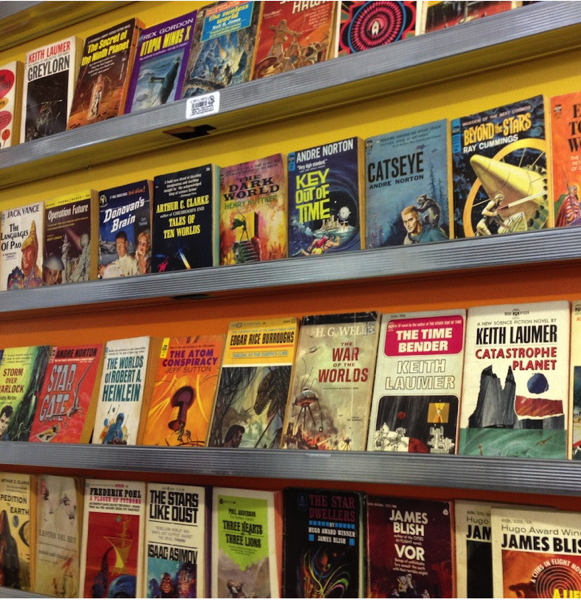 Singularity & Co.- Very Random Book of the Month Club Gift Subscription (US): Singularity & Co. is a sci-fi collective operating out of Brooklyn, New York. There mission is simple: to revive vintage sci-fi books, both classics and unknown gems, and bring them back into circulation. They have a storefront in DUMBO but also have a great site with some one of a kind subscription services. Their Very Random Book of the Month Club gift subscription is a unique gift for the sci-fi super fan in your life. The 12 month subscription includes lifetime access to the savetheSciFi.com site, 12 vintage paperback classics in the mail and 12 ebooks available in EPUB, MOBI and PDF formats. Read More. 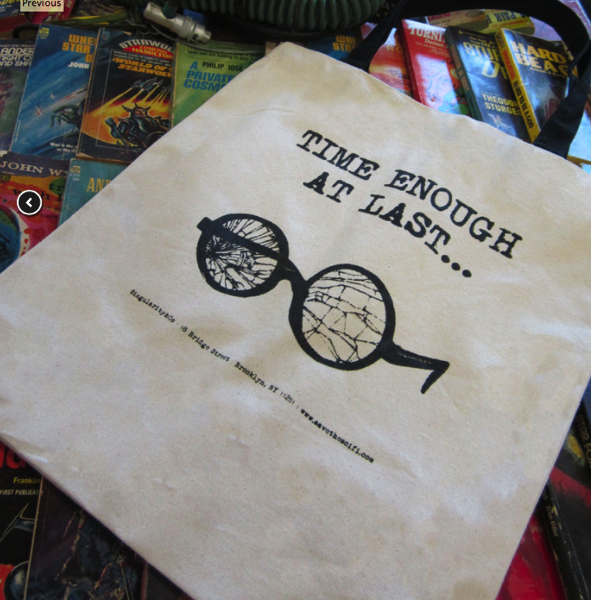 Signature Time Enough at Last [TEAL] Tote: If you’re looking for something a little simpler, we suggest you check out this Twilight Zone inspired tote bag, also from Singularity & Co. It’s designed by the co-founder Cici James and made with %100 cotton. The design, inspired by Henry Bemis’ cracked glasses, is simple yet says it all: And the best thing, the very best thing of all, is there’s time now… there’s all the time I need and all the time I want. Time, time, time. There’s time enough at last. That’s not fair. That’s not fair at all. There was time now. There was, was all the time I needed… Read More 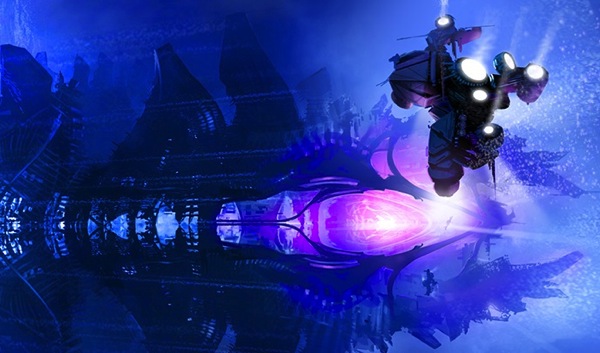 Neptune’s Brood by Charles Stross: Stross’ main character in Neptune’s Brood is a metahuman named Krina, who blushes like a human but can survive on electricity as a food source (yum?). Krina’s a futuristic economist. More specifically, she studies the history of accounting, which, admittedly, makes her sound like a snooze. But she’s not! She’s tough and adaptable and on the search for her cousin amidst a tumultuous sea of currency and trade systems. We here at Adafruit might be a bit partial to the econ threads because we’ve recently been navigating our way through the Bitcoin world but we think this book, on many levels, is some of the best science fiction we’ve read all year. Read More 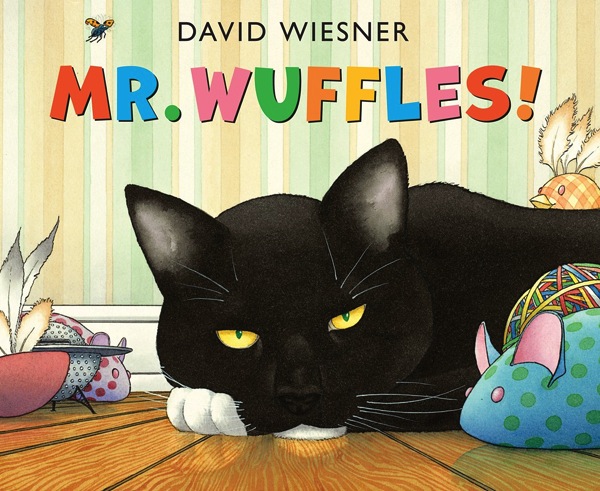 Mr. Wuffles! By David Wiesner: This picture book, ideal for ages 4-8, is about a house cat who, longing to exercise his predatory instincts, is suffering from a case of domestic malaise. Not interested in cat toys, Mr. Wuffles finds the thrill of his life in an encounter with a tiny alien spaceship. The aliens, in an effort to retreat from the feline swats and pounces, take refunge behind the radiator, eventually befriending a community of ants. The illustrations and insightful humor are both top-notch. We think this is a great gift for your budding sci-fi aficionado. Read More 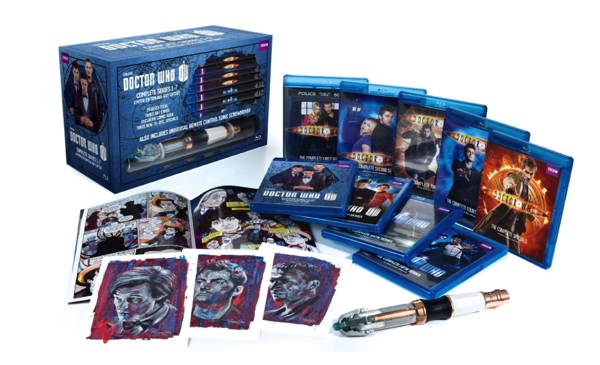 Doctor Who: Series 1-7 Limited Edition Blu-ray Giftset (2013): With the year coming to a close and pop culture round-ups abounding, there’s been a lot of talk about what icons reigned supreme over 2013. Miley? Jennifer Lawrence? The dudes from Breaking Bad? Though those are some worthy candidates, we have to argue that the biggest pop culture moment of 2013 was the 50th Anniversary of Dr. Who. The anniversary celebration culminated in the 799th episode of the British Science Fiction series, which aired on BBC on November 23rd 2013. Although it’s hard to believe that there are those out there who have yet to dive into the Whoniverse, we think this box-set works both for veteran Whovians and newbies alike. Read More 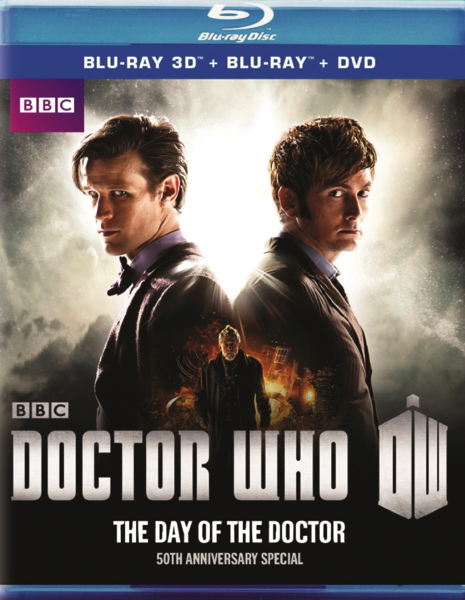 Doctor Who 50th Anniversary Special: The Day of the Doctor (Blu-ray 3D / Blu-ray / DVD Combo) (2013): You can also pre-order the anniversary special on amazon! It’s scheduled for release on December 10, 2013 (tomorrow). Read More.

Here are your 2013 shipping deadlines for ordering from Adafruit. Please review our shipping section if you have specific questions on how and where we ship worldwide for this holiday season.

UPS ground (USA orders): Place orders by Friday 11am ET – December 13, 2013 – There is no guarantee that UPS Ground packages will arrive in time for Christmas.

USPS First class mail international (International orders): Place orders by Friday – November 22, 2013. Can take up to 30 days ore more with worldwide delays and customs. Should arrive by 12/24/2013 or sooner, but not a trackable service cannot be guaranteed to arrive by 12/24/13.

USPS Express mail international(International orders): Place orders by Friday – December 13, 2013. Can take up to 15 days or more with worldwide delays and customs. Should arrive by 12/24/2013 or sooner.

Gift Certificates are always available at any time.

Comments Off on Adafruit Gift Guide 2013: Science Fiction and Fantasy