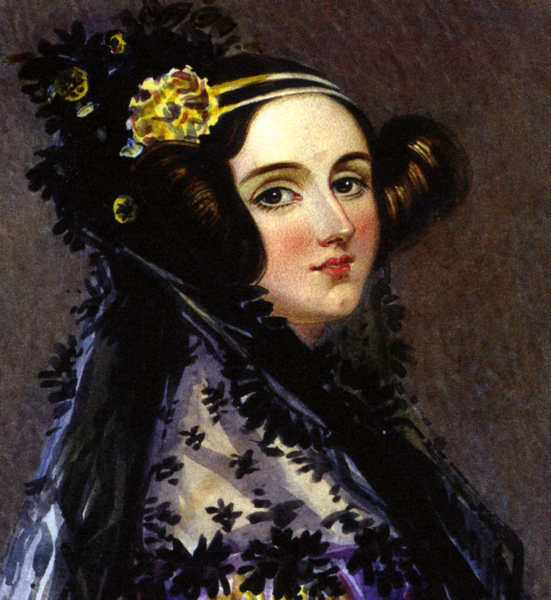 The Finding Ada site has a new excerpt up from their women in STEM anthology called A Passion For Science: Tales of Discovery and Invention, which is available here. This excerpt features our namesake, Ada Lovelace, and was written by Suw Charman-Anderson, a social technologist and the founder of Ada Lovelace Day.

The idea that the 1840s saw the birth of computer science as we know it today may seem like a preposterous one, but long before the Bombe, the Colossus or the Harvard Mark I, long before any computer was actually built, came a remarkable woman whose understanding of computing remained unparalleled and unappreciated for 100 years. Brought up in an era when women were routinely denied education, she saw further into the future than any of her male counterparts, and her work influenced the thinking of one of World War II’s greatest minds.

Lovelace’s ideas found their way into modern computing via Alan Turing. During WWII, as he was working at Bletchley Park on decoding German communications, Turing discovered Lovelace’s Menabrea translation and its attendant notes. They were critical documents that helped to shape his thinking.

Indeed, in his seminal paper Computing Machinery and Intelligence Turing explored the question “Can machines think?”, promptly launching the field of artificial intelligence. He also listed “contrary views” on his position that machines could at least imitate thinking, and discusses what he calls Lady Lovelace’s Objection.

Lovelace had written, “The Analytical Engine has no pretensions to originate anything. It can do whatever we know how to order it to perform”, which might be taken to mean that her position was that machines could not learn, or create anything original. However, Turing points out that “the evidence available to Lady Lovelace did not encourage her to believe” that machines could be so capable.

Were Ada alive today, I think she would recognise the problems faced by her female peers. But she’d also recognise our modern computing machines as the very embodiment of her ideas, and she’d immediately set about learning how they worked and how to program them. She didn’t let the conventions of her day slow her down, and she certainly wouldn’t let modern prejudices get in the way either.