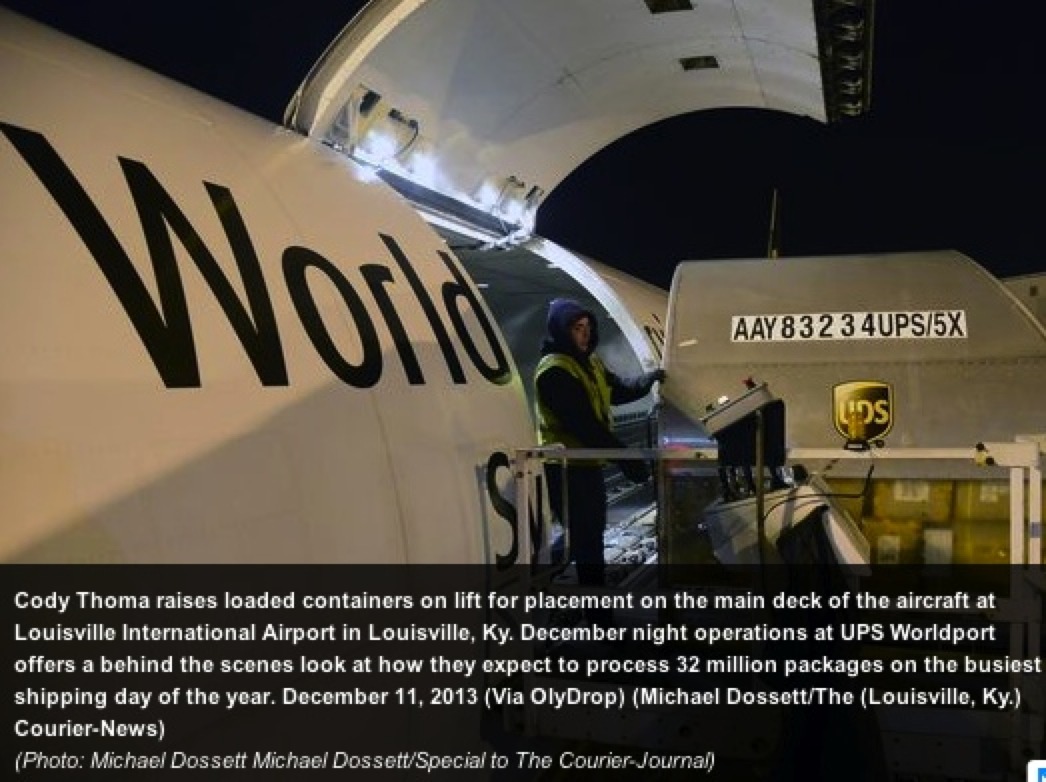 UPS is ‘organized chaos’ on its busiest day.

Clayton, who printed out a new label and sent the package on its way, is one of nearly 20,000 UPS employees working around the clock to help the world’s largest package delivery company embark on a smooth holiday season this year — one of the shortest seasons on record due to a later than usual Thanksgiving.

Monday marks the highest global pickup day for UPS with some 34 million packages to be picked up across the world — double the normal volume. Nearly 29 million of those packages will be delivered on Tuesday. Overall, The company expects to deliver more than 129 million packages the week before Christmas, said Dan McMackin, a UPS spokesman. “During this busiest time, we will be delivering about 300 packages per second,” he said.