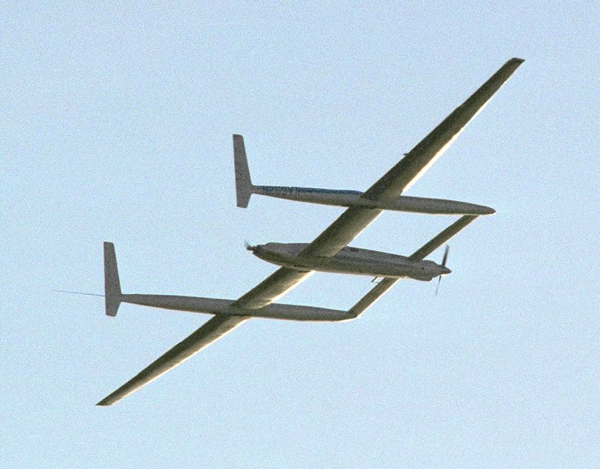 Today marks the anniversary of the Rutan Model 76 Voyager’s flight around the world. It was the first aircraft to fly around the world without stopping or refueling. From wikipedia:

The aircraft was first imagined by Jeana Yeager, Dick Rutan, and Dick’s brother Burt Rutan as they were at lunch in 1981. The initial idea was first sketched out on the back of a napkin. Voyager was built in Mojave, California, over a period of five years. The Voyager was built mainly by a group of volunteers working under both the Rutan Aircraft Factory and an organization set up under the name Voyager Aircraft.

In front of 55,000 spectators and a large press contingent, including 23 live feeds breaking into scheduled broadcasting across Europe and North America, the plane safely came back to earth, touching down at 8:06 a.m. at the same airfield 9 days after take-off. The average speed for the flight was 116 miles per hour (187 km/h). There were 106 lb (48 kg) of fuel remaining in the tanks,[2] only about 1.5% of the fuel that had been loaded.