Community Corner: An Automatic Candy Sorter, AT-AT Walker RasPi Case, and Other Sweet Delights from this Past Week in Adafruit’s Community

This machine sorts candy by color. It separates different colored Skittles and M&Ms pieces and puts them into individual cups. Project details here.

The machine is fully autonomous and will sort an entire 1.5kg/56oz bag in approx. 5 minutes. It is made of an AVR microcontroller (Arduino Uno), color sensor, distance sensor, servo actuators, plastic frame tubes and a few custom 3D printed parts.

The system processing is based around pseudo-realtime programming which helps keep all the parts of the system up to date and keep the system running smoothly. Each process is designed around the notion of event driven finite-state machine (FSM) execution.

There are people making amazing things around the world, are you one of them? Join the 70,567 strong! And check out scores of projects they shared this week after the jump! 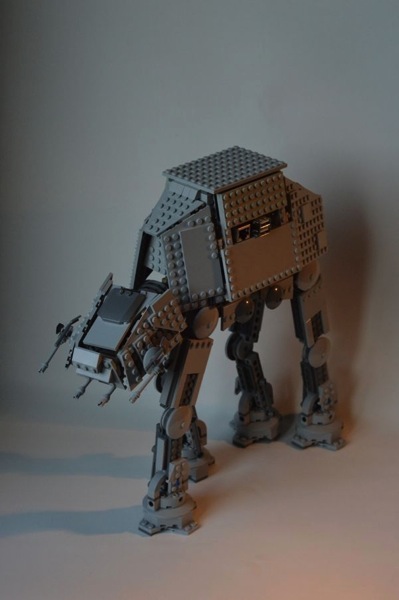 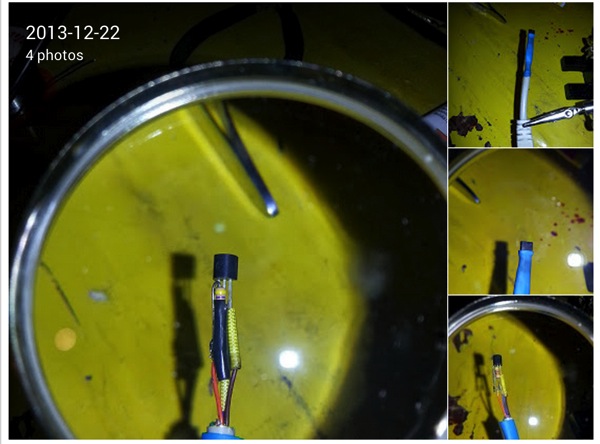 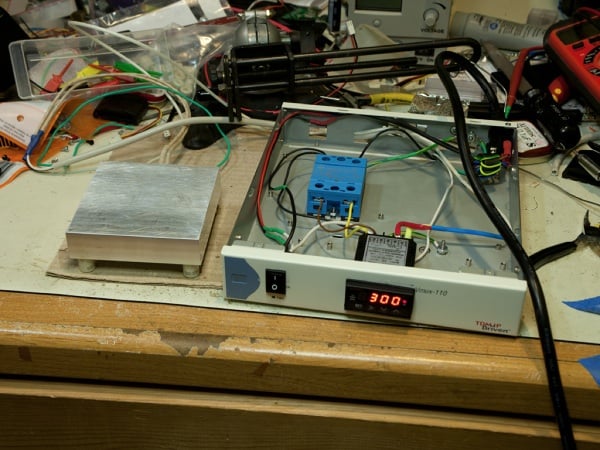 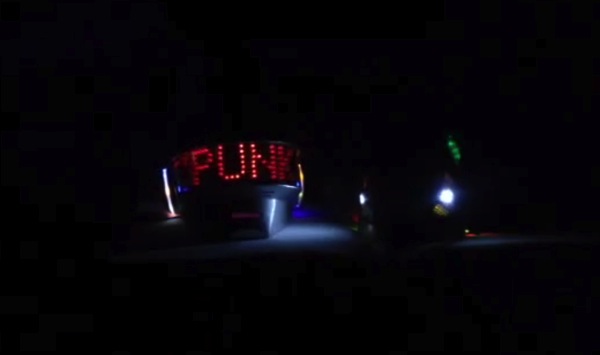 Eugenio Petullà shared: “Daft Punk helmets I made using #arduino . Just a bunch of leds and resistors were used for Guy. Thomas matrix is animated by 2 +Adafruit Industries 16×8 controllers. Thank you +Limor Fried for the useful libraries I found on GitHub, I just changed some code in order to fit the bigger matrix. You really saved me a lot of time! Hope you like it. :)” (read more) 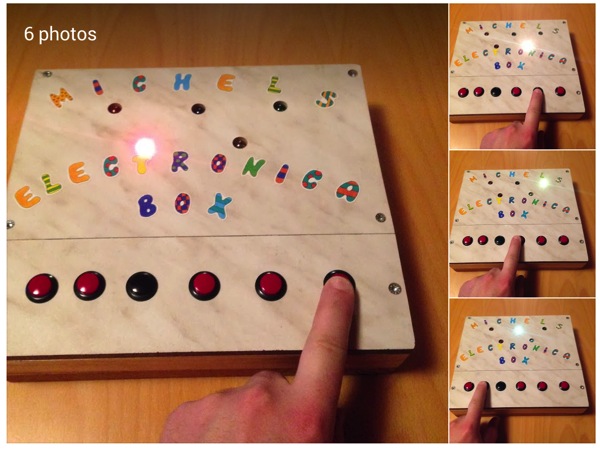 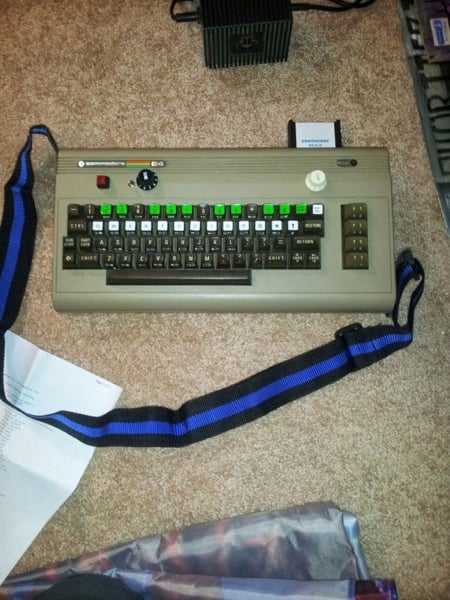 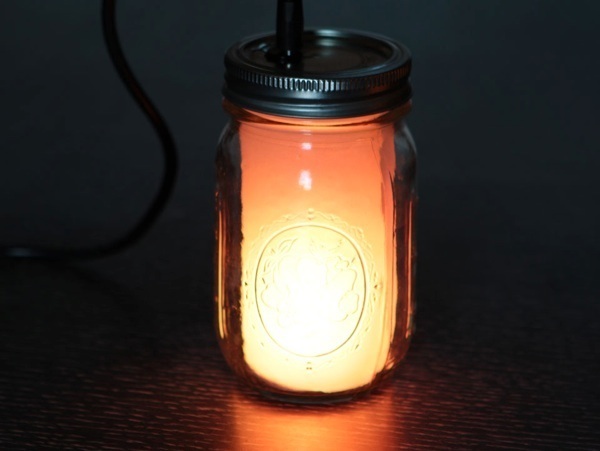 Tim Bartlett shared a how-to for a Trinket RGB LED with a natural fire animation: “I’ve been wanting to create a small light with realistic fire animation, so hot off the workbench in time for mid-winter: a flickering LED candle. Its brain is a programmable microcontroller, running a smart RGB LED via a single data pin, housed in the lid of a jar. I used Adafruit’s Trinket — a tiny, inexpensive board available in 3.3V or 5V flavors….” (read more) 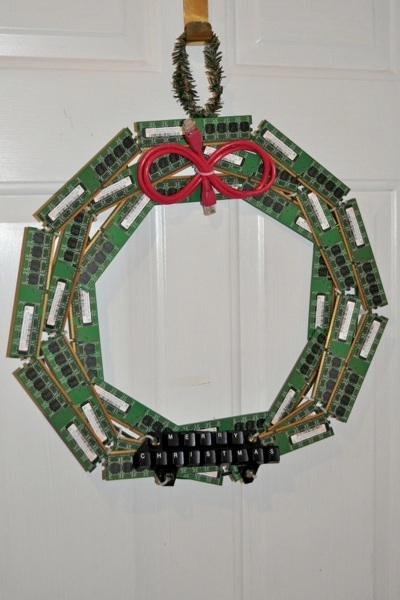 Louis Pelissier shared a Christmas Wreath out of old computer parts. “It is made out of 15 memory chips from old computers. The bow is a red Cat5 network cable. Three old keyboards were used for the lettering (three Rs were needed). One keyboard was taken apart and the housing that holds the keys in place was cut to the number of letter spaces to hold the words “Merry Christmas” and 4 extra spaces for the wire ties.” (read more)

Here’s a great piece from Fran Blanche celebrating LEDs! “A love letter, straight from my heart – to the beautiful Light Emitting Diode! In this vlog I go deep into my collection and show some of the very first LEDs ever made, review them in context of the history of LED’s, and also show some of the coolest and weirdest kinds of LEDs that you’ll see around.” (read more)

Bruce Land shared with us the latest cluster of brilliant student projects from his “Designing with Microcontrollers” course at Cornell: “These projects were produced in the last month of ECE 4760 each spring. The students were given the responsibility of choosing their project, then designing and building it. Projects this year include ultrasonic hats, sound trackers, camera gimbals, laser tag with RF logging, a drink mixer and a fight coach. Several have been published. The microcontroller used is the Atmel ATmega series. This year we use the Mega1284 microprocessor and WINAVR/GCC compiler. Before 2009, we used the Codevision C compiler. Many projects are on YouTube. The project numbers are for identification and do not represent ranking. For complete project documentation, see the course page here.” (read more)

A 3D jello printer made out of old CD-ROM drives: “…one intrepid party-goer realized jello shots for a 25th birthday party could be spiced up with some food dye and a syringe, but found the process of creating the figures by hand to be a bit tedious. So, a 3D printer was created by breaking down the parts of some old CD-ROM and DVD drives, and mounting the usable parts, such as the stepper motors, to a wood base. A tube was hooked up to a syringe that held the dye, which in turn was connected to the injection needle. One of the CD-ROM drive’s tray ejector was positioned near the syringe’s plunger and used to inject the dye. A few different figurines were hard-coded into the printer’s AVR microcontroller by way of specifying different dye injection coordinates. The printer only needed around 10V of power to function, so it was hooked up to a laptop battery, making the rig somewhat portable….” (read more)

Comments Off on Community Corner: An Automatic Candy Sorter, AT-AT Walker RasPi Case, and Other Sweet Delights from this Past Week in Adafruit’s Community