Samus Aran Costume Is Packed With Bells And Whistles 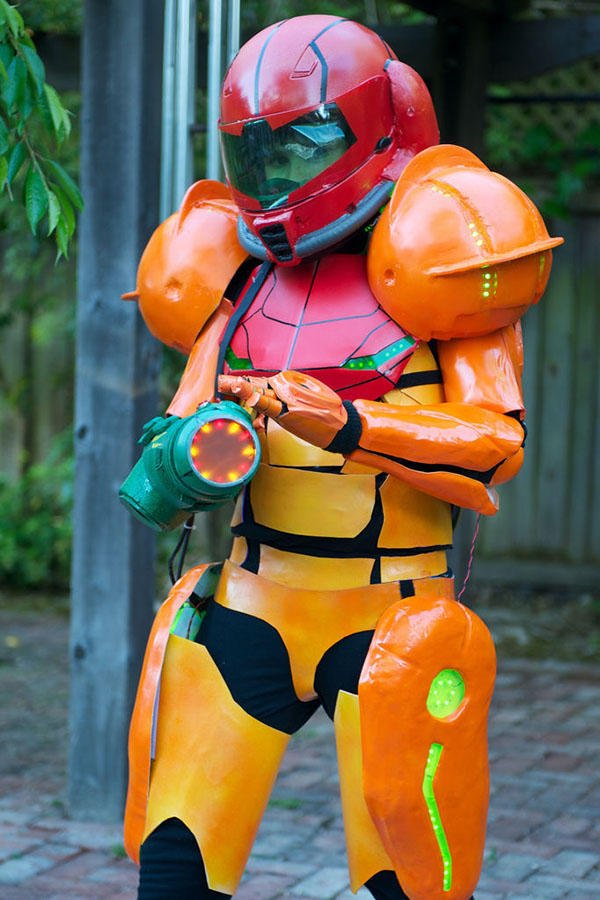 Metroid’s Samus Aran has been around for a couple of decades, and the character’s popularity is holding steady. Instructables user Sam DeRose‘s brother is a fan of the bounty hunter so his family built him a Samus Aran costume with over 100 LEDs and sound effects controlled by an Arduino tucked away in the backpack. The result is an impressive suit made from vacuum formed plastic, EVA foam, Bondo, and more. Some details on the arm cannon:

The cannon was made out of a piece of 3 inch (inner-diameter) schedule 40 PVC which we glued EVA (ethylene-vinyl acetate) foam to, covered in a craft sealant (called “Mod Podge Glue”), then painted. The front muzzle piece is just a 3-2.5 inch PVC adaptor with a piece of orange transparent acrylic glued inside. Behind the acrylic are two sets of LEDs, 6 yellow and 6 red, which are independently controlled by an arduino in the backpack.
Near the back of the cannon, there are two styrofoam protrusions on opposite sides of the barrel. One houses a control panel that has buttons where you can ‘unlock’ the cannon by typing in a certain combination (once you unlock the cannon, you can shoot by pressing a button inside the PVC tube). The other has a speaker embedded in it, which plays cool sounds from the game Metroid when you push buttons and ‘unlock’ the cannon with the right combination. Both of these are controlled by the arduino stored in the backpack (you can see the cables running from the cannon to the backpack in the main photo above). 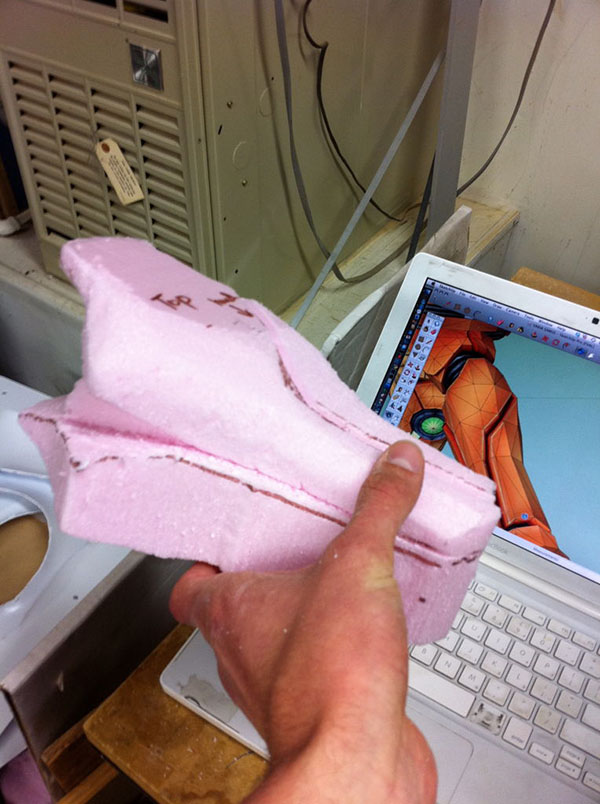 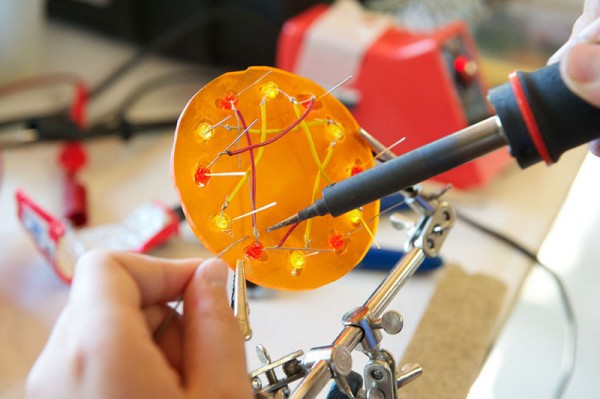 More information over at Instructables.