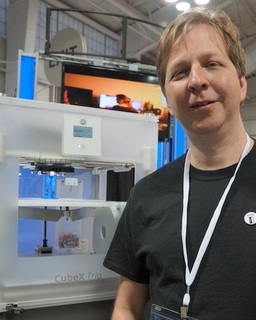 Behind the scenes, Keith Ozar has been responsible for stirring up a heaping helping of passionate interest in desktop 3D printing, first as the Head of Marketing at MakerBot and now as the Director Marketing Consumer Products at 3D Systems. He launched Stephen Colbert’s head into space, produced the first 3D printed science fiction-themed holiday display for the New Museum, landed massive mainstream coverage in the New York Times and beyond, and has taken home top CES awards for first MakerBot and then 3D Systems. Recently, he also scanned Ladyada and pt at the Engadget Expand event. 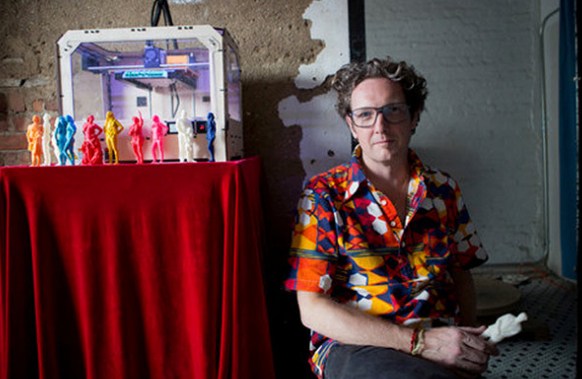 I love Fred’s project and kickstarter. Fred scanned my wife Anney while she was pregnant and our family together after Monty was born. These 3D prints sit on my desk at work. I am sure my son will use them as toys someday. 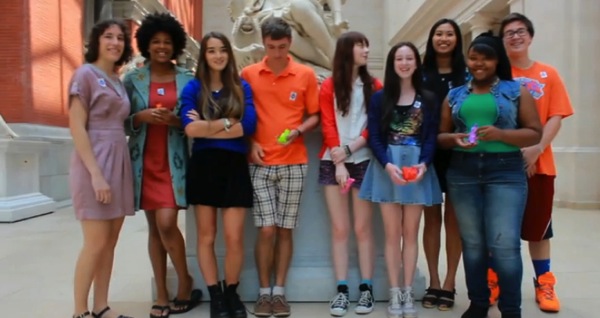 I’ve worked with the Metropolitan Museum of Art bringing artists in to scan and create physical mash-ups of the MET’s art. It was a dream realized working on the Museum’s first-ever 3D Scanning and Printing Summer Intensive for high-school students. Watch the video here. 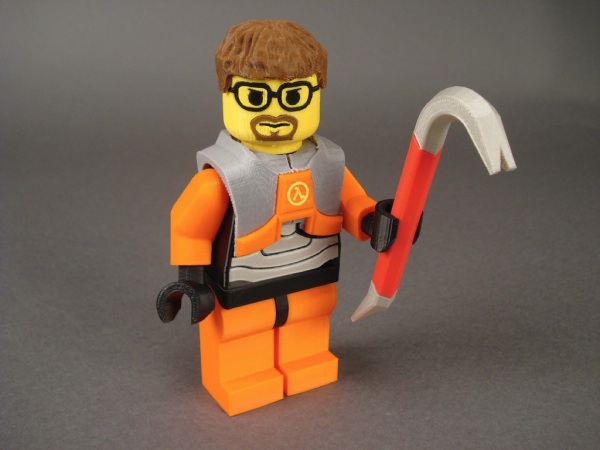 When Designer Michael Curry AKA Skimbal left MakerBot this past year, he let the flood gates open on Thingiverse – I love his Lego Minifig Collection – Star Wars, The Walking Dead, The Joker; Print them BIG!

Scan-A-Claus – recreating the traditional photo with Santa with physical photography:

I partnered up with a 3D Printing / Designer Toy Store in NYC called CUBO. We 3D scanned young and old with Santa Claus using the Sense 3D Scanner and 3D printing them. Scan-A-Claus is a new holiday tradition!

I am really excited about technology like the 3D Systems ProJet 4500. Get ready for durable ready-to-use, full color plastic parts right out the printer. Functional parts and assemblies that require no supports, post-processing or painting.