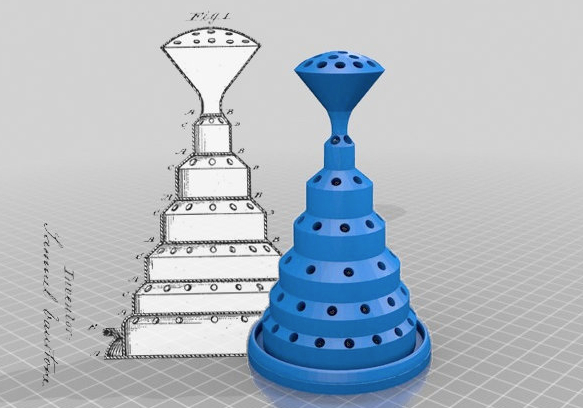 Martin Galese is a talented Thingiverse designer (frosty) and 3D printing enthusiast. From the piece in the New York Times featuring his projects involving expired patents and 3D printing:

Not unlike the fictional scientists of “Jurassic Park,” Mr. Galese scours the patent office’s archives for the “design DNA” of antique inventions, then reinterprets them as design files for today’s 3-D printers. He has posted more than a dozen of these forgotten inventions on his blog as well as the 3-D printing design library, Thingiverse, for anyone to make today.

“If you look at the figures in older patents, the 19th century patents are really beautiful. They’re really works of art,” said Mr. Galese who finds these early engravings much more beguiling than modern software schematics he has worked with as a patent lawyer. 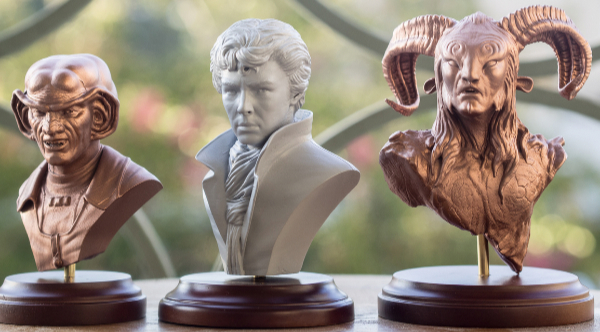 I’ve been blown away by all of the sculptures that Robert Vignone has 3D printing on a Form 1. (h). It’s all good, but I think the bust of Benedict Cumberbatch is my favorite. Part of my excitement is that we’re starting to see artists that were formerly mostly digital embracing 3D printing to bring their creations into the physical world. 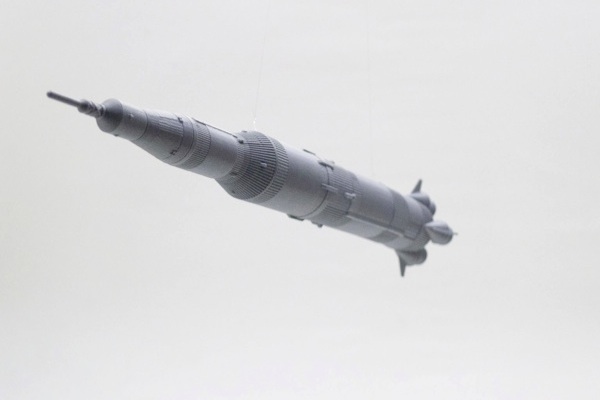 Flashing back to the start of 2013, I enjoyed printing and assembling the Modular Snap-Fit Saturn V that Real Absurdity posted to Thingiverse. I’m always impressed when people come up with good designs that compensate for smaller print volumes.

And, along the same lines, I thought the Hyperform project that Marcelo Coelho, Skylar Tibbits, Natan Linder, and Yoav Reches worked on was an exciting project that could lead — pardon the pun — to “big” things from smaller printers. 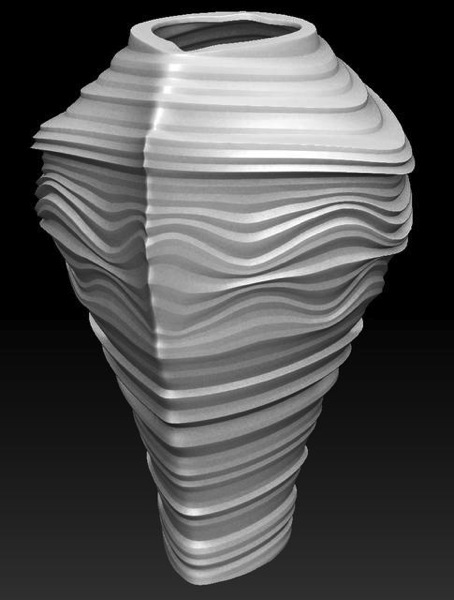 As boring as it is, I think my favorite piece from 2013 is a ridged vase I modeled in ZBrush, printed, and put on my coffee table. It’s probably the first piece I’ve made where more than a few people have said they’d buy it if it were in a store. For a lawyer dabbling, that’s a rewarding validation.

As for 2014, I’m excited to see what 3D designers are going to do with the professional-grade 3D printing tools that are becoming available more widely now. From good dissolvable support material for FDM printers, to the recent availability of high-resolution SLA machines on the desktop, I think that 2014 is going to see a lot of interesting work from designers chasing receding limits!