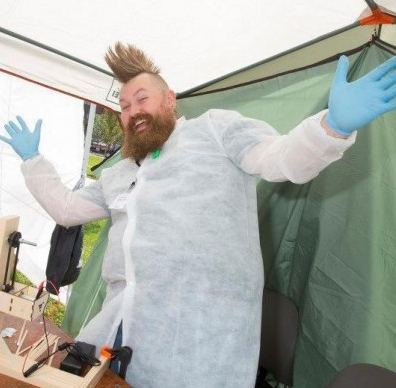 Passionate 3D print materials experimenter Matt Stultz was co-founder and president of HackPittsburgh, an ex-MakerBotter, and founder of 3D Printing Providence. “I want to help spread the knowledge I have acquired through these endeavors with everyone.” 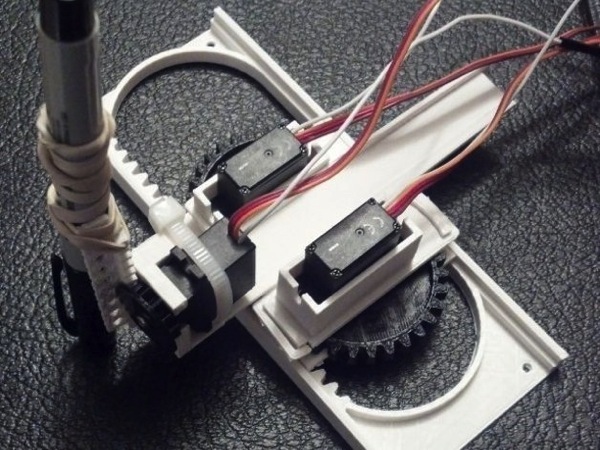 Maker Block’s Mini CNC is a fun simplified drawing machine. I think the continued shrinking in complexity and cost of devices like these not only makes them learning tools but inspires others to take it even further. 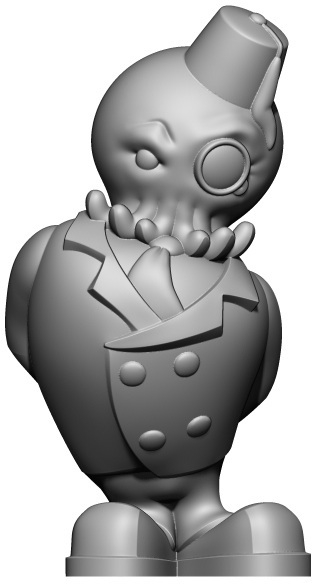 My good friend and 3DP PVD team member Jason Loik, set out to create a model for our group to use for testing and demos and with the Dapper Deity, he hit it out of the park . The fun character though hides an even better secret. Jason found a great way to credit himself and 3DP PVD for those who print this dapper little fellow. Print him out and check out the soles of his feet! I think “water marking” like this could soon catch on. 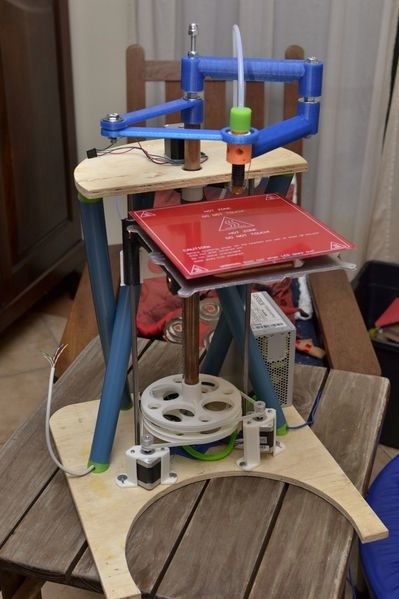 The RepRap project seems to have taken a shift from designing printers that can print as much of themselves as possible to instead being able to make easy to build/high quality printers. The RepRap Morgan though brings this back around with instead finding new ways to build the printer in a unique way with fewer specialty non printed parts. Designs like this will continue to bring printers into a greater number of peoples hands.

Often 3D Printing is criticized as only being used to make cheap trinkets and not useful objects. The Robohand project puts that argument to rest. The community now behind 3D printed prosthetics devices is changing the world and I think are likely to create new devices to help an even larger audience. 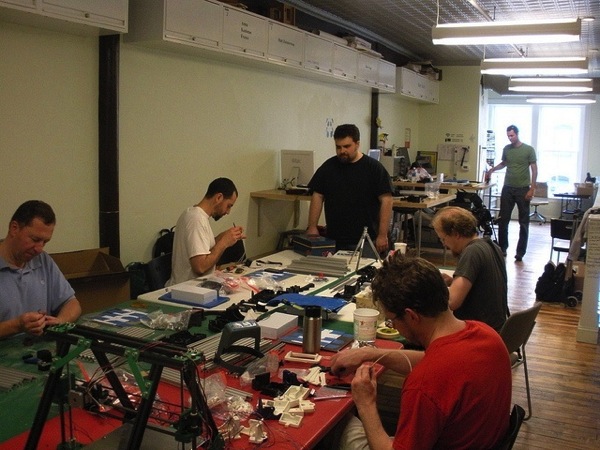 When I started 3DP PVD, one of the biggest requests I received was to put together a group 3D printer build. I worked off of the MendelMax 1.5 and designed the 3DP PVD CastMax, a 3D Printer that can largely be molded and cast to allow for faster and cheaper production. I organized an at cost build class for our team and we now have 11 CastMaxes in the wild with more in the works.

Of course with my continued testing of materials, I look forward to not only what new materials will hit the market in 2014 but also continued research into how these materials can interact with each other. Multi-extruder machines printing in different materials have a huge potential to push the possibilities of 3D Printing to new heights.