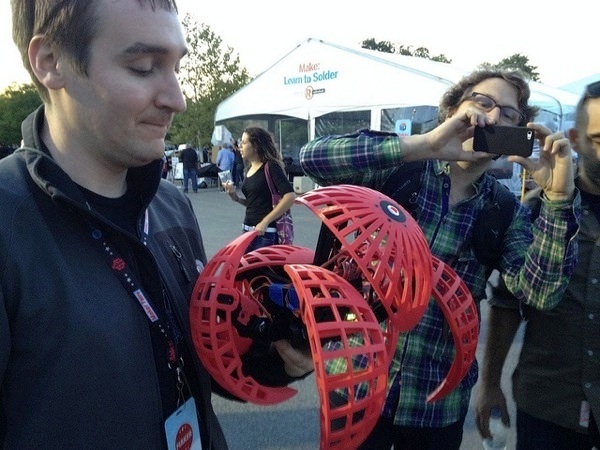 Michael Curry, aka “Skimbal,” is one of Thingiverse’s / desktop 3D printing’s iconic designers. He swirls together humor/pop culture and his deep passion to learn (and then teach) how machines work — and out of this collision has emerged a wide range of influential and often-cited printable projects such as the Gothic Cathedral Playset (new files here!) and the Turtle Shell Racers.

He has created a number of 3D printed robot projects to date that we have been unable to resist sharing (such as the photo above from a sneak peak of his Dangerball! maker-friendly printable spherical robot at this year’s World Maker Faire in New York), and as long as he keeps creating fantastic project after fantastic project, we don’t see any reason to stop this arrangement. 😉

I had the pleasure of being involved in this project during the early part of this year, helping to develop a simplified snap together derivative of the original Robohand design.  I’ve been nothing but amazed with the energy of the Robohand project.  The continuing innovations of the talented people who have become involved are a real testament to the power of distributed open source development.

Through a Scanner, Cosmo Wenman:

Cosmo Wenman has been around the 3d printing world for the last year and a half.  Now supported by Autodesk, he is moving forward with his goal to make high quality photogrammetry captures of freely available to 3d printing community. 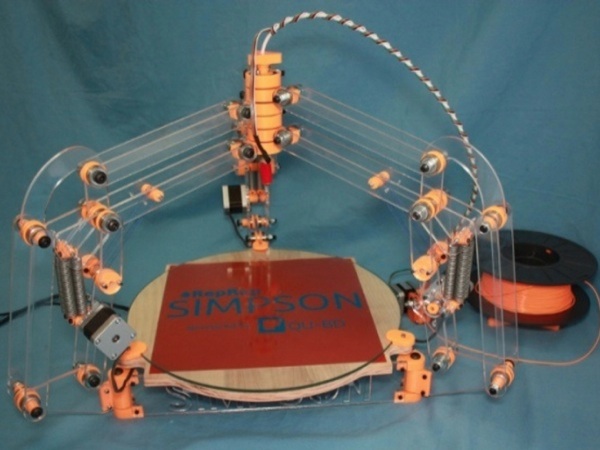 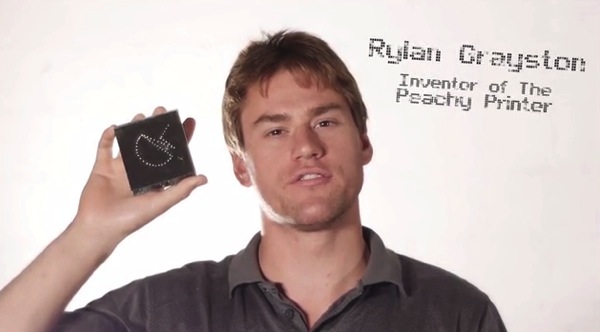 The Rep Rap Simpson and the Peachy Printer:

At the beginning of this year it looked like the basic technology of desktop 3D printing was settled.  Well that was wrong.  2013 proved there is still plenty of room for innovation in 3d printing hardware.

The neither of these machines are fiercely practical, but they both challenge the underlying assumption of what it takes to be a 3d printer. 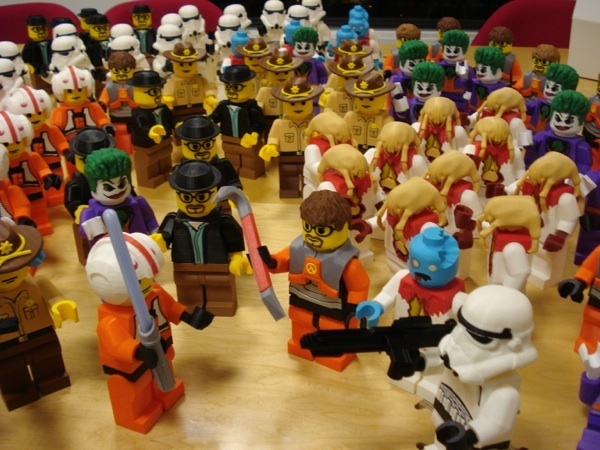 This year my long association with MakerBot Industries ended.  It was a happy parting, and I wanted to do something special for all the amazing people I was leaving behind.

So I made parting gifts, giant Lego people in various flavors of glorious cultural nerdiness.  Working quietly with the help of a few dedicated friends, I printed 170 giant lego people in 9 different flavors, and then handed them out on my last day. 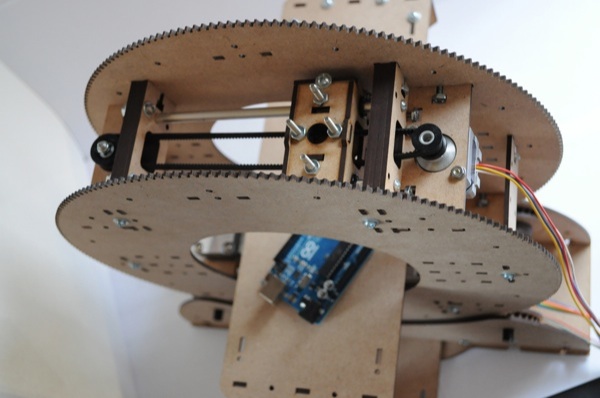 There has been a lot of talk about 3d scanning this year.  2013 saw the launch of the Digitizer, from Makerbot, the Sense, from 3D Systems and a slew of other primesense and photogrammetry based scanning solutions on Kickstarter and Indiegogo. All of these solutions function on the same principle. Take a hundreds of pictures from various angles around an object, then use clever math to reconstruct the 3d shape inside the computer.

I was asked over and over again this year if I was excited about 3d scanning.  And truthfully, I wasn’t.

Useful things in the real world are rarely solid blocks of plastic. Interior structures are important. A watch doesn’t work because its outside is shaped like a watch. It works because of the gears and parts hidden inside the watch all have precise geometries and functions. For a 3d scanner to be useful, it would have to be able to capture and reproduce not just the outer shape of the watch, but also it’s working interior structures.

All year I jokingly said that I would get excited when some came out with a low cost desktop CT scanner.