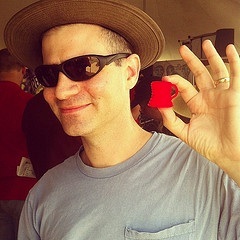 While using a 3D printer for desktop warfare might have been an inevitable development of affordable desktop 3D printers arriving in offices of creative agencies all over the world, the SEEJ game created by “zheng3” is not only a step above in gameplay, it might also be the only open source tabletop warfare games to become a favorite go-to project for integrating 3D printing into STEM curriculum. Check out his site for more on SEEJ and his other design work!

Really, really excited about this one. Every time I see an update to this project I get the urge to get some servos from AdaFruit and get cracking on the build. I’ve got too many other irons in the fire to be experimenting with this right now, but I’m going to be on this like ugly on an ape once it hits 1.0. This project goes on my list of stuff to watch in 2014 too. 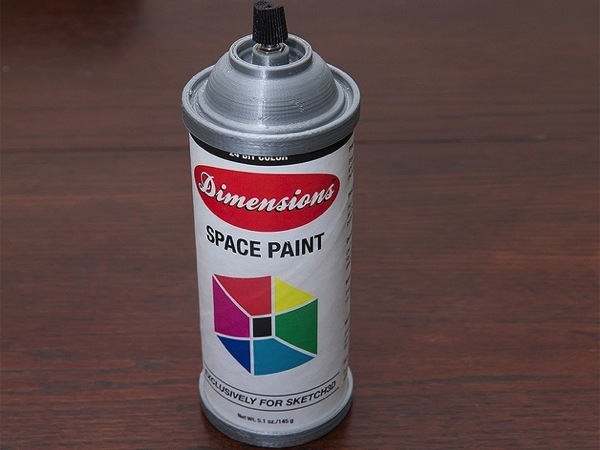 The model is simple and straightforward, but what really attracted me to this project is that it’s an immediately accessible UI to Kelly’s 3d painting program. Very clever. The 3d printed spray can has some electronics inside that track its movement in space, which translate to 3d coordinates using a hacked Kinect. I met Kelly at Maker Faire, very cool guy. 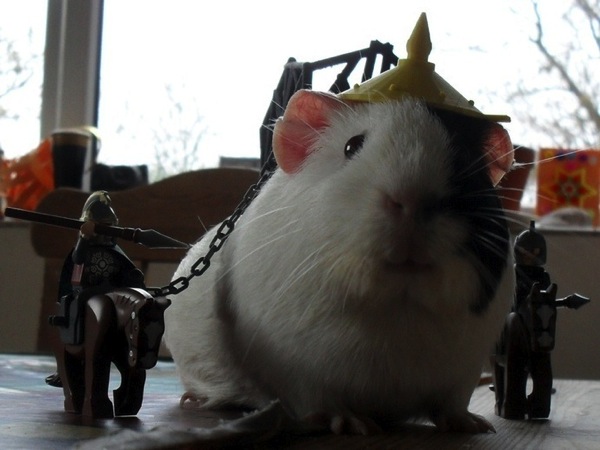 I want to meet the mind that came up with this. I’d also like to see a LEGO recreation of LOTR’s Battle of the Pelennor Fields starring guinea pigs as Oliphaunts. Hopefully someone on the Internet can make this happen. 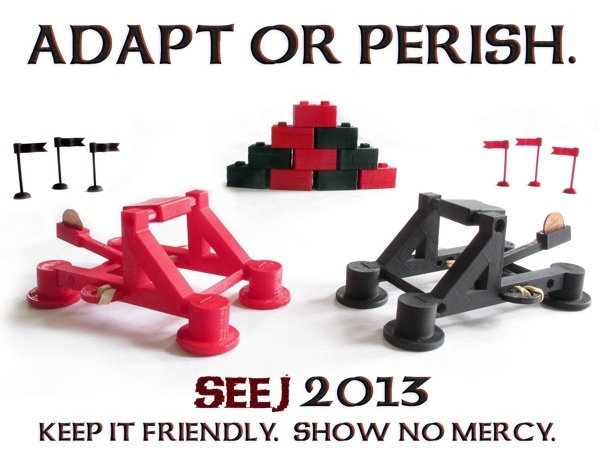 2013 was a big year for Seej. I’ve had word of independently held Seej tournaments at maker spaces around the world — no involvement from me, it’s just growing organically on its own. Some of my Seej engine models turned up as entries in a desktop siege engine competition, which is fantastic; I’m always happy to see an increase in friendly 3d-printed mayhem. The 2014 set will be released in July with some community-inspired modifications. 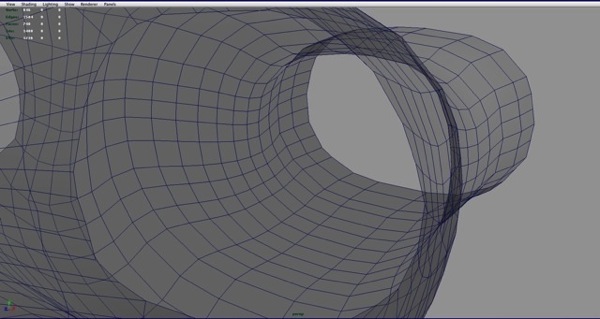 I’ll be launching a 3D printing Kickstarter in the first few months of this year. I’ve been doing proof-of-proof-of-concept test prints for the last two weeks and I’m excited about the results. Here’s a teaser image of one of maybe 30 components? Watch for a big reveal soon, should be fun.