How To Make a Suit of Armor From Bottle Caps 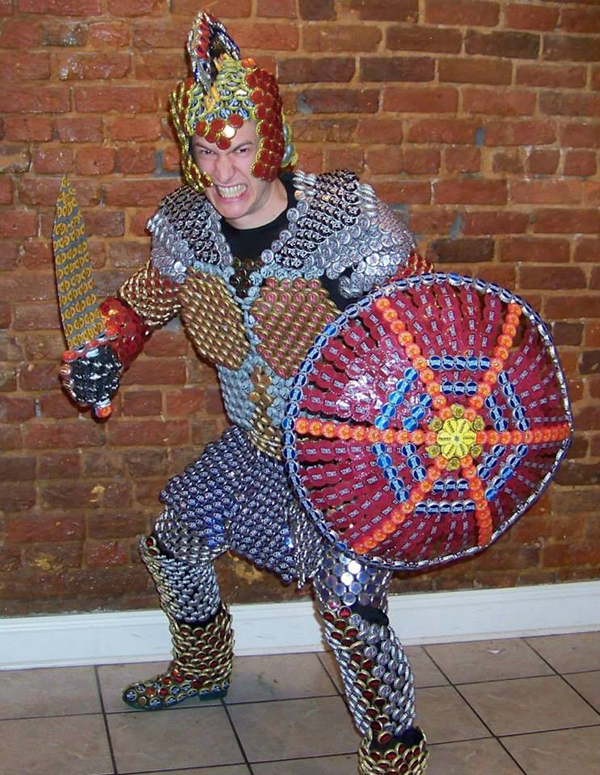 One of the many wonderful aspects about cosplay is that you can create something awesome from an item as mundane as a bottle cap. Well, several of them. Josh used 3,284 beer caps to construct a suit of armor and became the Capped Crusader. Since he used caps from different types of beer, he has a flashy and colorful set of armor that’s mostly held together with Stretch Magic (commonly used for jewelry). He invested 250 hours of time into the project over a three month period and spent around $165; he had to come up with creative solutions for the armor to stay put and sit properly. Here’s how he handled the chestplate:

The chest needed depth so not to appear as a single flat section. I began with the breastplates (Highlife), which were built two layers/caps thick. I made another layer beneath/below the breastplates (Coors) that followed the contours of my ribs. Once fully assembled, this section was too heavy for Stretch Magic, so went with fishing line. The single most difficult part of the costume was the shoulders. They had to be rigid enough to hold the shape of my body, which ruled out elastic or fishing line. 18 gage copper wire proved to be the best option after I experimented with several types of wire. There was a ton of trial and error leading up to the successful shoulder assembly. Each shoulder was composed of three separate pieces, fastened together at a front and a rear pivot point. The finished product partially articulated and gave my arms almost complete range of movement. 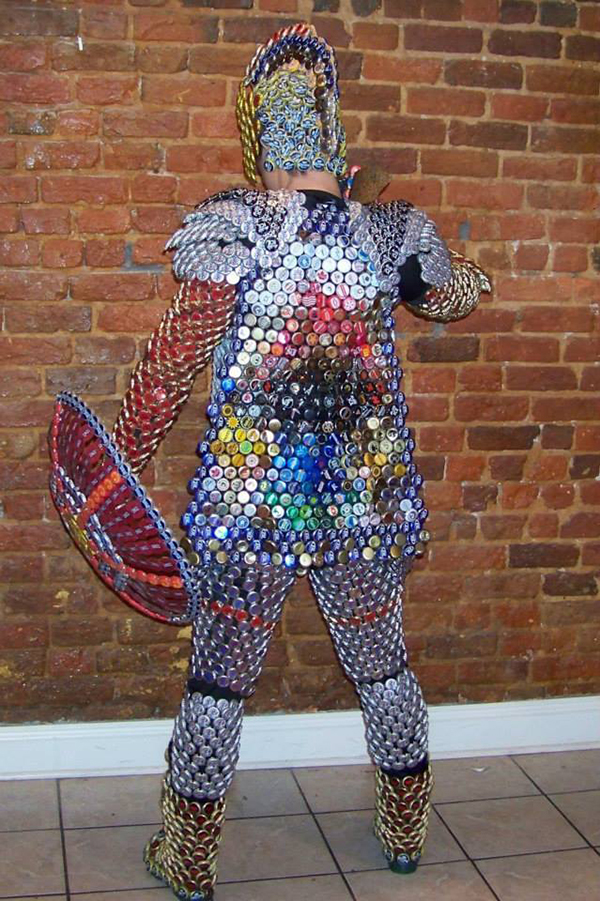