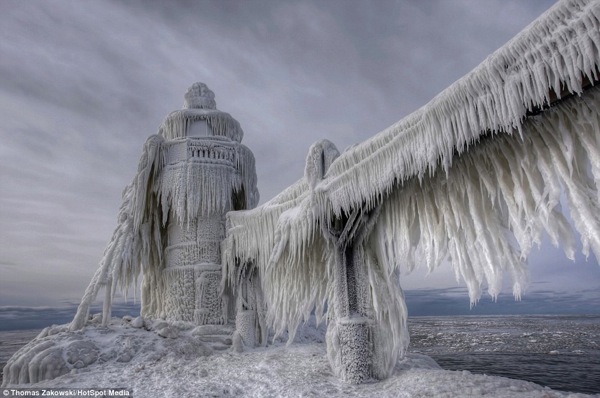 I think we can all agree that the polar vortex needs to chill, but these photographs by Thomas Zakowski of frozen lighthouses in Michigan are breathtaking (in an ice age apocalypse kind of way), via dailymail:

These frozen lighthouses in Michigan could easily be mistaken for a scene from the disaster movie The Day After Tomorrow.Standing in temperatures well below freezing, the 30ft structures have been transformed into giant icicles.
These stunning photographs were captured by American photographer Thomas Zakowski, 56, on a trip to two cities in Michigan after a storm battered the state. Mr Zakowski, from South Bend, Indiana, said: ‘The lighthouses were frozen solid by the waves that came crashing down against the pier.

‘What made the photograph of one of them so interesting was the fact that the storm was so intense it uplifted the anchors of the scaffolding which had been left there after painting. 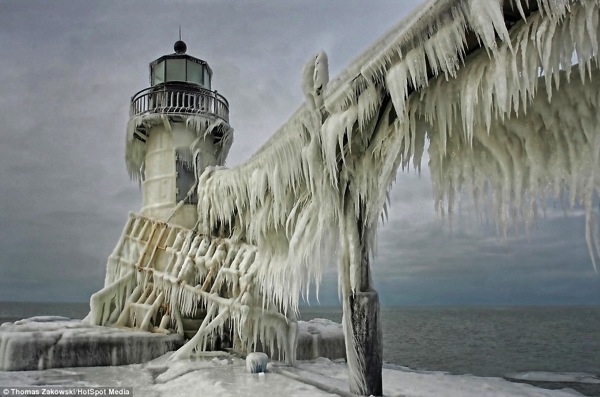 Filed under: photos, science — by Kelly

Comments Off on Frozen Michigan Lighthouses