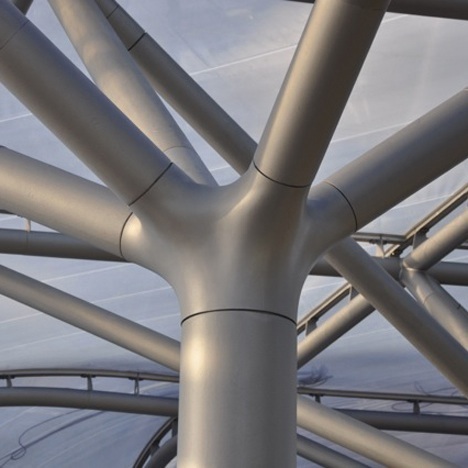 …”This is truly the first architectural application of the 3D nylon sintered technology,” Priestman told Dezeen, referring to a decorative sheath he developed for a canopy on the roof of the refurbished 6 Bevis Marks office building in central London. “It’s architectural in so far as it’s been through an approval process and tried and tested, and actually installed in a building. It’s an approved product for use in the construction industry.”

…While many studios have been experimenting with 3D-printing architectural structures and even working towards printing whole houses, Priestman believes his is the first real architectural application of 3D-printing because it has been approved for use by a major construction firm. “There may be someone who has done an installation, but this is a building component that has to stand for fifteen or twenty years; as long as everything that has been warrantied on the building,” he said.

…The 3D-printed sheaths were designed to surround a series of complex joints between columns and a web of arms that support the canopy’s EFTE plastic roof. The components were subjected to rigorous environmental testing before being included in the warranty for the roof by EFTE specialist Vector Foiltec, which was responsible for the installation of the canopy.

…To prove to the client and the building contractor, Skanska, that the parts were suitable for this application, Priestman took samples to an accelerated testing facility. “We got it tested in 1000-mile-per-hour winds in wind for 2000 hours, extreme weather tested,” he said. “Once I had done that, the product was approved by the big contractors for the building.”

The architect says he is now working with Skanska’s innovation team on other potential uses for 3D printing within the building industry. “I’m pushing now to find places to use [3D printing]. It’s going to be driven from an engineering point of view,” added Priestman. “How big can we go? How much of a structural element is it? Let’s start putting it in the built environment….” 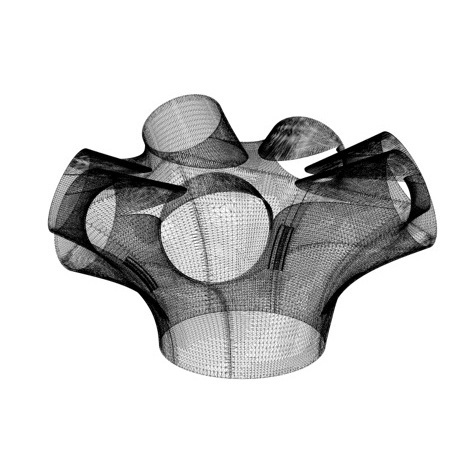