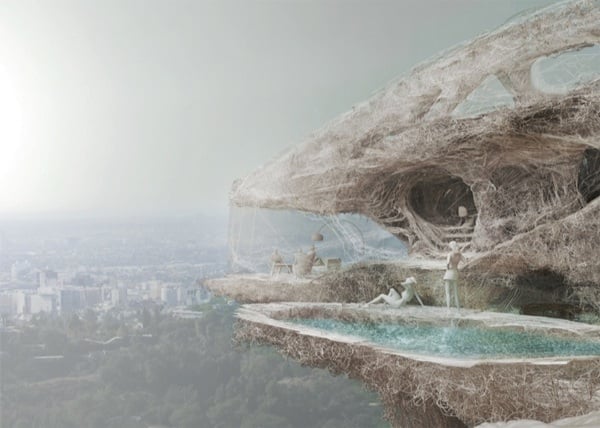 As on view recently at the London Print Show and the MAD Exhibit “Out of Hand” in NYC, this wild spider’s nest of a model from Softkill Design is actually a scale model test for an anticipated building-scale 3D printing project, and not just a conceptual model!

Sofkill Design Protohouse 2.0: 3DP house to be assembled “in a day”. Via Dezeen:

London architecture collective Softkill Design has joined the race to build the world’s first 3D printed house, announcing plans for a plastic dwelling that could be built off-site in three weeks and assembled in a single day.

“It will hopefully be the first actual 3D printed house on site,” said Gilles Retsin of Softkill Design. “We are hoping to have the first prototype out in the summer.”

Update: read the full interview with Retsin about 3D-printed architecture.

The single-storey Protohouse 2.0 will be eight metres wide and four metres long and will be printed in sections in a factory. The parts will be small enough to be transported in vans and then snapped together on site.

“It would take up to three weeks to have all the pieces fabricated,” said Retsin. “Assembly on site is a one-day job, if the site is prepared before hand.”

“You don’t need any bolting, screwing, or welding on site,” he added. “Imagine a Velcro or button-like connection. The pieces are extremely light, and they just kind of click together so you don’t need any other material.” 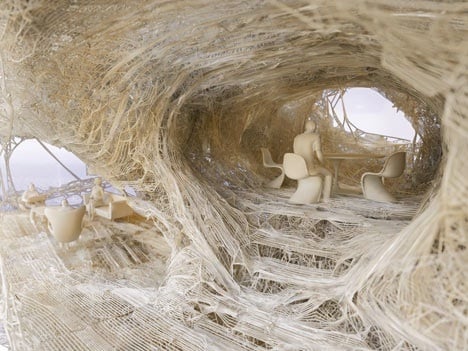 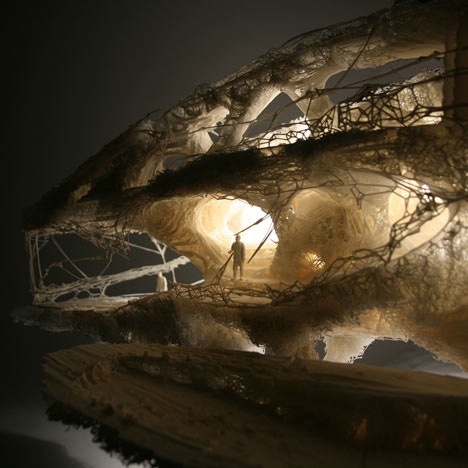 Comments Off on #3DxArchitecture – Softkill Design Protohouse 2.0: 3DP house to be assembled “in a day” #3DThursday #3DPrinting #3D