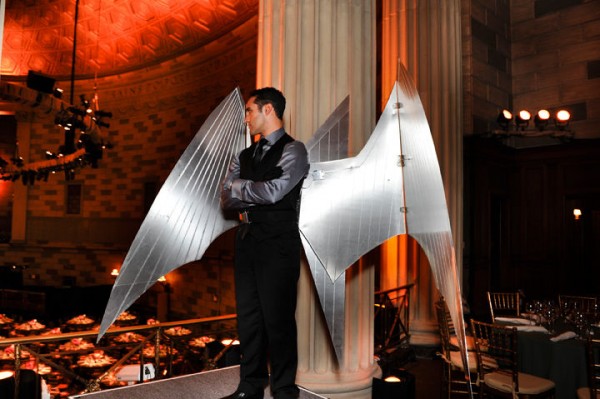 Who wouldn’t like a set of wings? Instructables user AdielFernandez made these aluminum wings to become Marvel’s Archangel, but you can create them for other winged characters or an original character cosplay design. He used 1/32″ thick aluminum in order to keep the wings light, and he used Arduino to control their movements. He says the following about the control mechanism:

For earlier prototyping I used the Arduino Uno for ease of use then moved it over to the Arduino Pro Mini on a protoboard once I wanted to make it more permanent. The circuit diagram is below. Its looks more complicated than it is. The servos get power, ground and data and the push button switches in each finger are connected to power on one side while the other connects to a data pin from the arduino with a reference to ground via a resistor. All of the resistors are 10k ohm.

The control sketch for the arduino is also below. I used a bounce library to take care of the noisy buttons. I titled this sketch “with simultaneity” because an earlier version required me to hold down the button to make the servos move. This was an issue because the arduino can only do one thing at a time. So, what I did was made it so that one button press activates the servo and a second button press turns it off. This allows the activations of multiple servos at once. 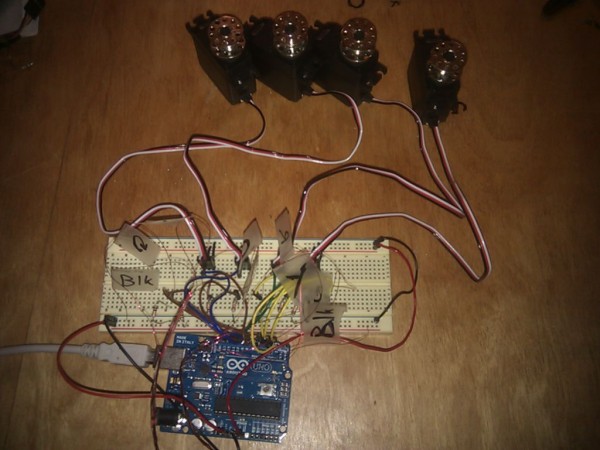