Tonight’s Your Best Chance to See Northern Lights in Years 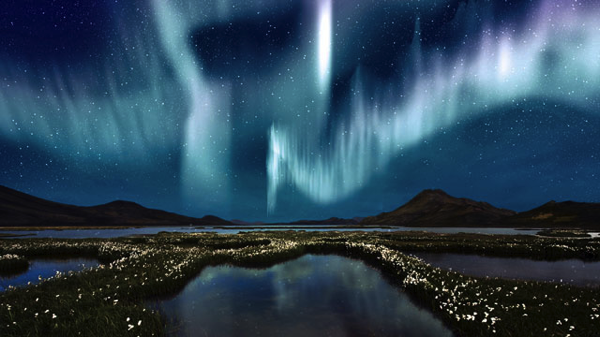 If you are willing to stay up late tonight you might be in for a treat! Gizmodo has information on your best chance to see the northern lights.

Millions of charged particles are rushing toward earth after a gigantic solar flare on Tuesday. Bad news for NASA’s latest mission, but good news for sky-watchers: Those charged particles also collide with the earth’s atmosphere to produce the ethereal-looking northern lights.

Normally, northern lights, or auroras, are only visible at or near the pole, to which solar particles are channeled by the earth’s magnetic field. But when the massive solar storm reaches the earth tonight, northern lights could be seen as far south as Boston and Cleveland.

Of course, that’s all dependent on cloudless skies, too. AccuWeather.com has mashed up aurora and weather forecasting: The northeast is looking clear, but the west coast, sorry, not this time, apparently. Since predicting the aurora itself is also tricky business, keep an eye out on the aurora forecast at the Geophysical Institute of the University of Alaska Fairbanks.

Filed under: space — by Jessica