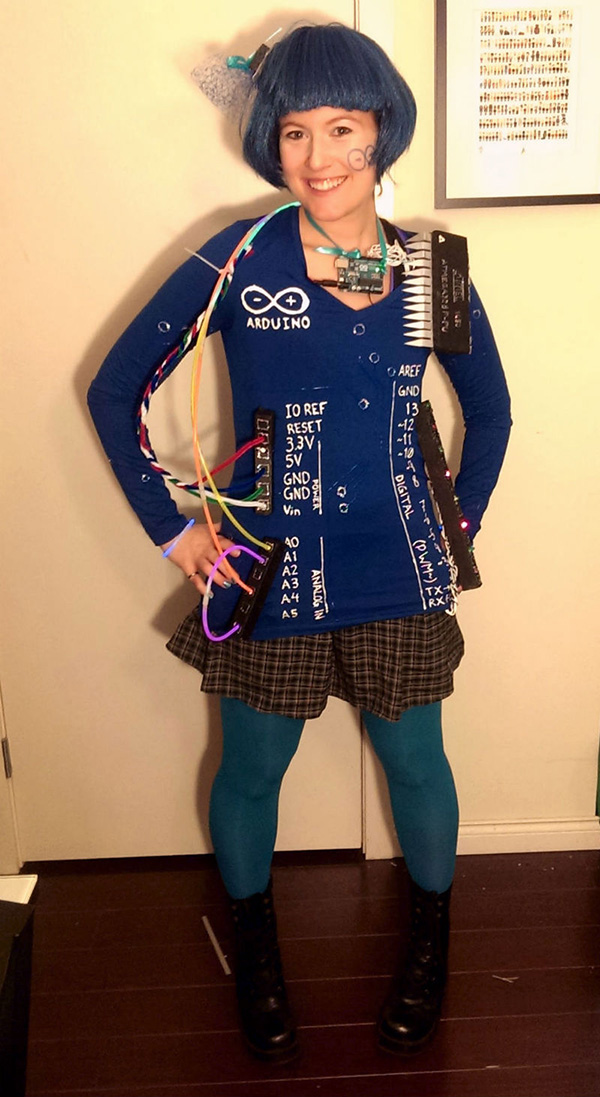 Tumblr user Angela Melick‘s favorite prototype development board is the Arduino. For good reason, it’s incredibly useful. When it came time to put together a Halloween costume, she decided to create something based on the board. It’s a creative and fun idea, and even if though it might look simple, she put a lot of work into piecing everything together and programming the lighting.

It’s hard to tell in the first photo but the outfit is covered in puff-paint traces – all up and down the arms and over the back. It was a lot of work but it looks really cool. The lights down the side blink to a pattern I programmed and are powered by the arduino around my neck. The wires along the side were glow sticks and represent the tangled mess that any arduino project is in its first stages.

My favourite part is probably the fascinator which has a second microcontroller and a little blinky thing. This was my first time soldering “free” wires and 8/8 of the LEDs worked, which I’m very proud of because the wires go alllll the way down the side and alllll the way back up the shirt. 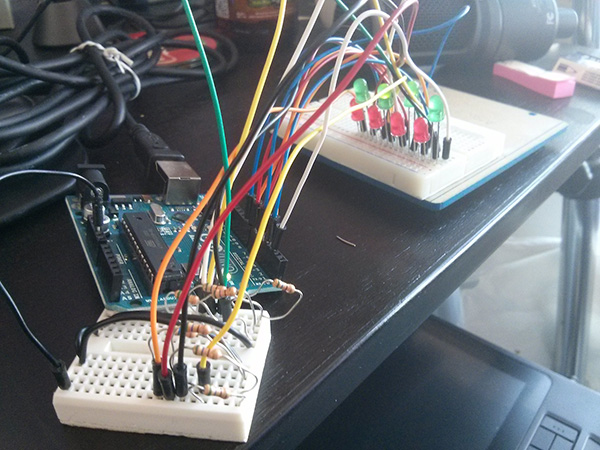 Comments Off on How To Dress Like an Arduino Uno Board