Community Corner: Great Projects from the Past Week in Adafruit’s Community!

Check out this light up dress Samuel Clay made for his girlfriend using an Adafruit Flora, via hackaday:

If you’re looking to get started with wearable electronics, then this project provides a great entry point. The bulk of the build is what you’d expect: some individually-addressable RGB LEDs, the ever-popular FLORA board from Adafruit, and a simple battery holder. [Sam] decided to only use around 40 of the LEDs, but the strips come 60 to a meter, so he simply tucked the extra away inside the dress and set his desired limits in the software, which will allow him to preserve the entire strip for future projects. If you’ve ever attempted a wearable hack, you’re probably familiar with how delicate the connections can be and how easily the slightest bend in the wiring can leave you stranded. Most opt for a conductive thread solution, but [Sam] tried something different and used 30 AWG wire, which was thin enough to be sewn into the fabric… (read more)

There are people making amazing things around the world, are you one of them? Join the 72,328 strong! And check out scores of projects they shared this week after the jump!

Mark Miller shared: “My first submission for 2014. A strange case indeed. I wanted to see if I could build an auger for transporting certain materials from on spot to another, and possibly automate some equipment to not just transfer, but also mix ingredients, and even better dispense powdered or irregular materials to a common point. After looking at commercial versions, I needed to figure out how to fabricate such a beast with materials at hand. I HATE using wood, paper etc but went ahead with a prototype from just those materials. I used a stepper motor to drive the screw so I could have freedom of control over a range of material property transfer. I am pleased with the results, and am redesigning now with better materials.” (read more)

Jeremy Cook shared: “A Motorized Geneva Drive that I made. Includes the “hand cranked” version and a later version.” (read more) An older share, but a fun one. 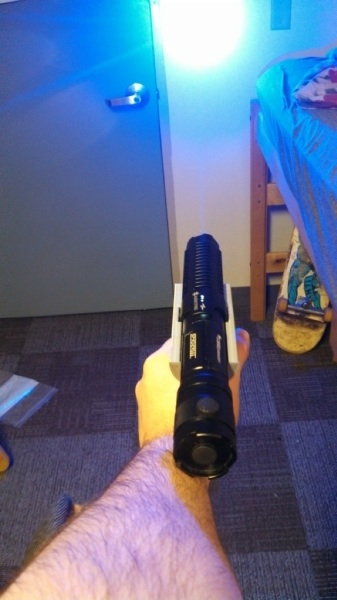 Z LeHericy shared a 3D grip mount for a laser — and make sure to warn folks that this is for laser experts only, not a toy! “WickedLasers laser + 3d printed grip = LaserPistol!” (read more) 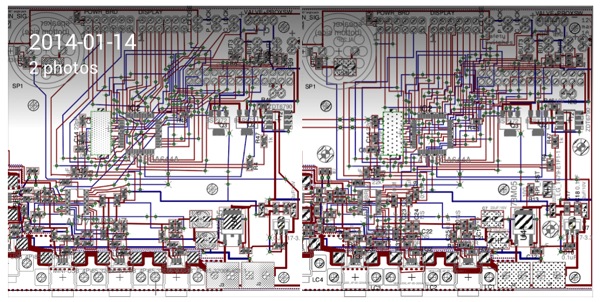 Alexis Wiasmitinow shared some EAGLE work he has been doing: “Before and after cleanup. It was worth it.﻿” (read more) 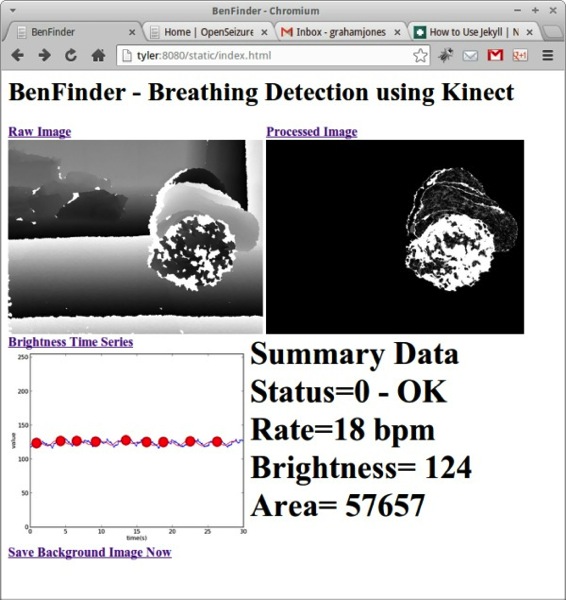 Graham Jones shared: “Hi All, I have made some good progress with my non-contact epileptic seizuredetector that uses a Microsoft Kinect sensor depth camera. I have got it to a working prototype that uses raspberrypi computers to provide the user interface to monitors. The image processing uses opencv. It is on soak test now to make sure it doesn’t raise too many spurious alarms before I make it generate an audible alarm.﻿ OpenSeizureDetector is a suite of programmes and hardware designs intended to detect a tonic-clonic (grand mal) epileptic seizure (fit)….” (read more) 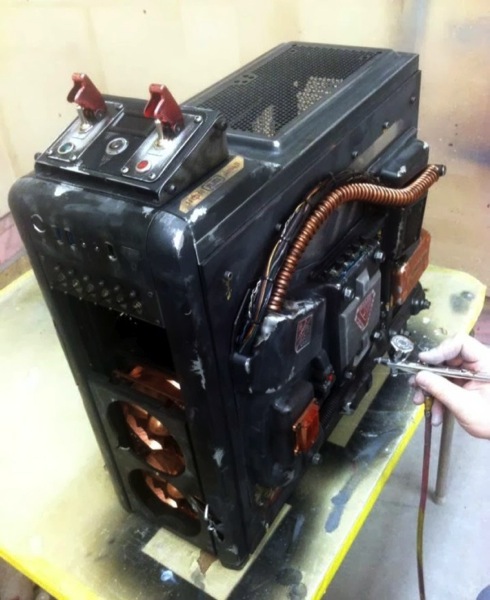 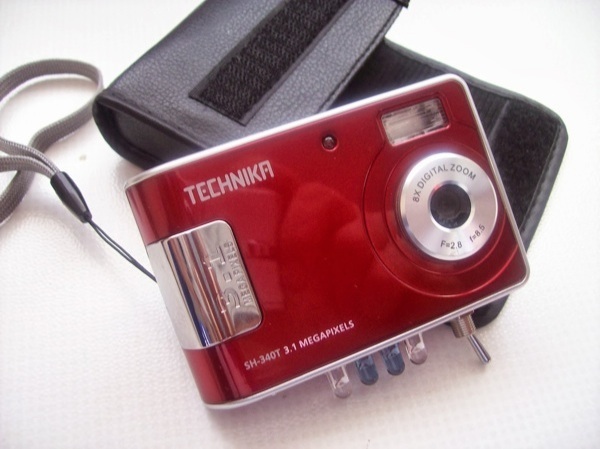 Carl Attrill shared his TV-B-Gone digital camera mod on the Adafruit Forums! “I was looking at the work made by other contributors last week and it inspired me to get a Kit and try it myself. I would like to share my case that I completed for the TV B Gone. The LEDs conveniently lay where the sd card slot was and the on/off switch is the same size as the Tripod slot, the indicator light is used by the ‘working’ green LED The Shutter button activates the TV B Gone….” (read more) 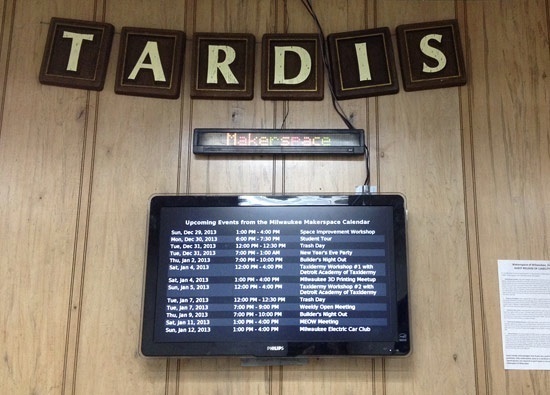 Pete Prodoehl shared an update to the “Milwaukee Makerspace Pi-powered Information System” (MMPIS) rig at — you guessed it! –the Milwaukee Makerspace, where it acts as a kiosk “to provide members (and guests) with useful (and silly) information.” From his post: “I also added one more screen. It’s a Mad Libs style thing which says “Hey we should totally build a ________-powered ________ for the space!” with the blanks filled in with weird things from two different lists. Also, the challenge accepted guy is there to accept the challenge.” (read more) 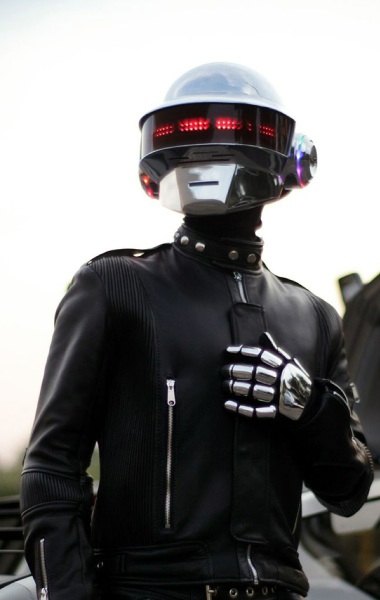 Instructables user volpin rose to the occasion and created a sleek and stylish helmet that’s nothing short of impressive. He documented the process and notes it is both a complicated and a lengthy build. The positive is that he explains every part from cutting the blueprints to programming the LEDs in great detail. It looks intense. (read more) 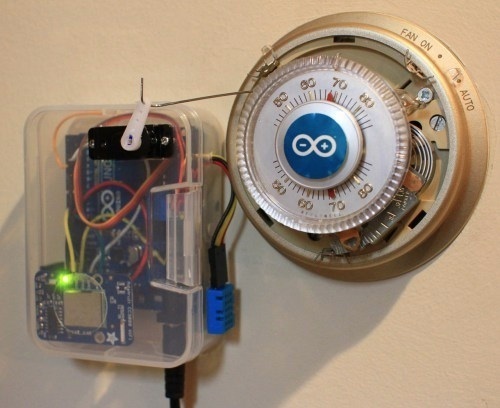 Matthews shared this Game of Life Based clock made with a 16×32 RGB LED matrix, via hackaday: “[Matthews] needed a good present to give to his brother-in-law, who just so happens to be a mathematician and programmer. He wanted something functional but equally geeky at the same time, so he decided to try his hand at making a Game of Life style clock. He was originally inspired by a Game of Life Clock we shared a few months ago, but with a few improvements. First, he wanted a much bigger playing field, so he found a 16×32 RGB LED matrix. Second, he wanted the time to always be visible so it actually works as a functional clock.” (read more) 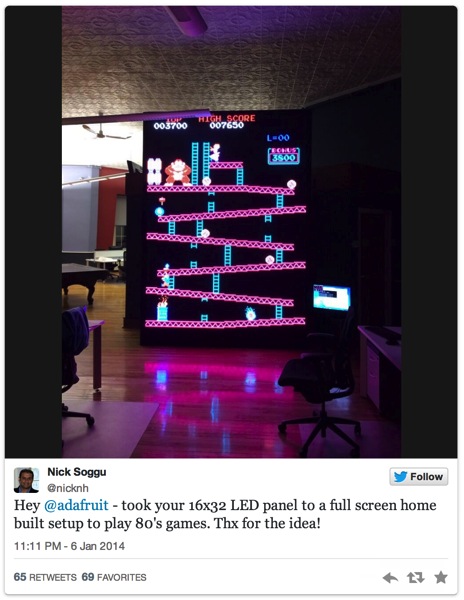 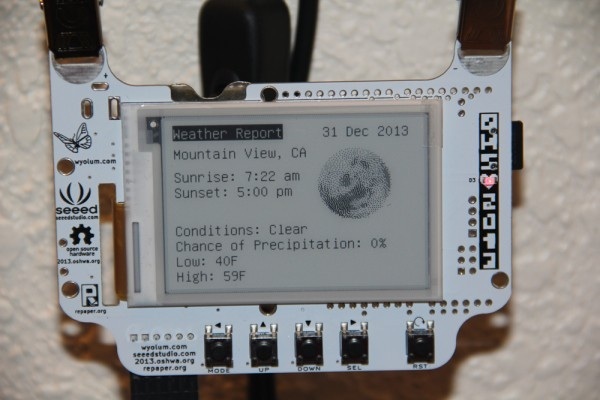 Jeremy Blum’s super cool Pi BADGEr ePaper Weather Station: “At the 2013 Open Hardware Summit that I attended a few months ago, all attendees were given a “BADGEr,” a unique ePaper badge that displayed our credentials, showed the conference schedule, etc. Of course, since this was the OPEN Hardware Summit, the BADGEr (designed by the awesome folks at Wyolum) was completely open source. Not only is the BADGEr hackable, it was designed to be hacked. So, of course, I immediately started hacking on it as soon as I returned home from the summit at MIT. It didn’t take me long to write new firmware for the device, connect it to a web-connected Rapsberry Pi computer, and hang it on my wall with some custom 3D-printed brackets. I’ve been using it for the last several months as a handy weather station that I can glance at before I leave my apartment each morning. A supplementary LED beacon warns me of extreme conditions (hot, cold, or rainy). On the weekends, it shows the weather report for San Francisco (where I live), and on the weekdays, it shows the weather report for Mountain View (where I work). The display checks for new weather data and updates once every 10 minutes.” (read more)

Comments Off on Community Corner: Great Projects from the Past Week in Adafruit’s Community!