Gone in 2013: A Tribute to 10 Remarkable Women in Science

Pictured here are just 3 of the 10 women highlighted in this moving tribute from scientific american. These women are truly inspirational and deserve to be remembered.

Pioneering scientists and engineers are often overlooked in popular retrospectives commemorating the year’s departed. In particular, women in such fields tend to be given short shrift. To counter this regrettable circumstance, I present here a selection of 10 notable women in science who left us in 2013. Each of these individuals contributed greatly to her field and should be remembered for her exceptional accomplishments. 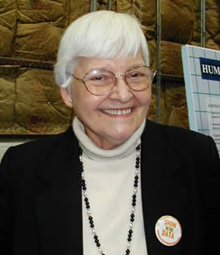 Eleanor Adair:
A dual expert in physics and psychology, Eleanor Adair was a trailblazing American researcher in the field of microwave radiation safety. She carried out numerous controlled studies in which she exposed monkeys and human volunteers—including herself—with microwave radiation. Her conclusions were always the same: environmental microwaves such as those emitted by cell phones, microwave ovens, and power lines have no adverse effects on health. Adair’s work ultimately helped set international standards for microwave exposure. She died on April 20 at age 86. 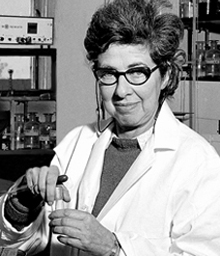 Brigitte Askonas:
Austrian-born British immunologist Brigitte “Ita” Askonas contributed many influential works on the nature of the human immune system. She is best known for her groundbreaking studies elucidating the behavior of antibody-producing B cells and determining the role of T lymphocytes in viral infections. Askonas served for 12 years as head of the Division of Immunology at the National Institute for Medical Research in London and was both a fellow of the UK’s Royal Society and a foreign associate of the U.S. National Academy of Sciences. Askonas was 89 when she died on Jan. 9, 2013. 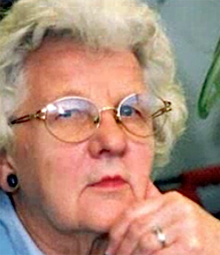 Ruth Benerito:
Holder of 55 patents and a 2008 inductee to the National Inventors Hall of Fame, Ruth R. Benerito was an American chemist best known for her invention of “easy-care” permanent press cotton, a staple of modern fabrics. Her work at the U.S. Department of Agriculture in New Orleans focused on chemically bonding cotton fibers in a way that would prevent wrinkling. Today, many think of her inventions as having saved the cotton industry. Benerito passed away at age 97 on Oct. 5, 2013.

Filed under: ald, science — by Jessica

Comments Off on Gone in 2013: A Tribute to 10 Remarkable Women in Science