Community Corner: This Past Week in the Adafruit Community 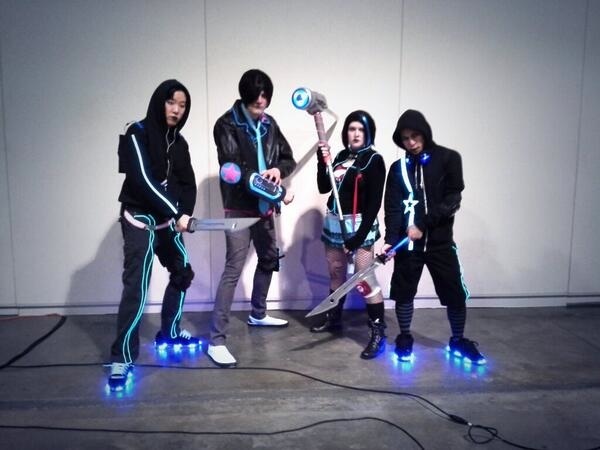 @SewAndBro shared: “Many thanks to @adafruit for having the EL wire/tape/panels in stock we needed to make these costumes happen! — Sew & Bro (@SewAndBro) January 5, 2014″ (read more)

There are people making amazing things around the world, are you one of them? Join the 72,915 strong! And check out scores of projects they shared this week after the jump! 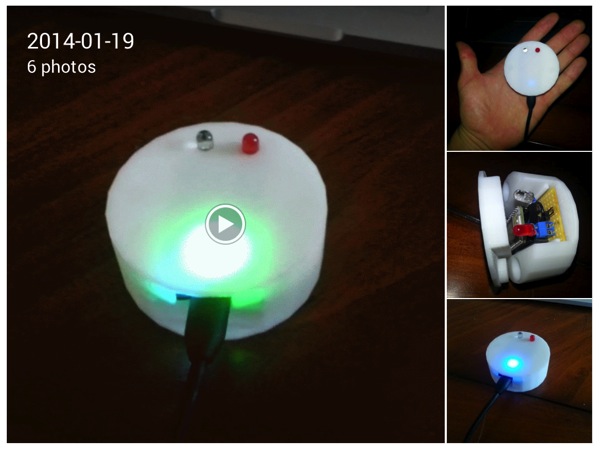 james wolf shared: “I designed a 3D printed plastic case for the SparkCore “Smart Garage” project I am working on.  It has two pieces, the base and the top cover.  They are both nicely printed using my Up Plus 2. They print so nicely that friction alone keeps the two pieces locked together. The project was previously using an Arduino UNO but I moved to the SparkCore to cut down the size.  The new size makes for a cute little device, and the auto-awesome shows what happens when I use cURL to call the Flash() method on the device (essentially letting me know the device is connected and ready). The next step is adding an OLED screen I have coming on a slow boat from China…  The original project (with the UNO) is described on my blog” (read more) 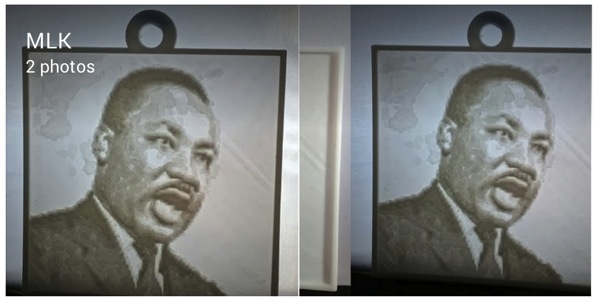 Hugo Silva shared: “After a few bruises and a lot of code tweaking, here’s the alpha version of a BITalino-based controller for the AR.Parrot.” (read more) 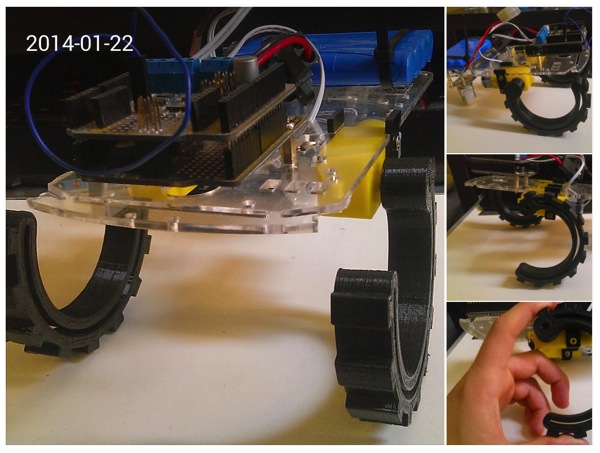 Jaidyn Edwards shared: “Testing my whegs. Have to go buy some jumper shunts for the motor driver shield. Can’t wait to see if these cheap chinese motors have the power to drive these things. Only have two motors so I just have a castor sitting at the back for now.﻿” (read more)

Shawn Creviston shared: “Thought I’d share my project which uses a Raspberry Pi and Arduino Uno for a full cycle daylight/moonlight controller on my saltwater aquarium. This video focuses on the Rpi, you can see the part 2 video for the Arduino setup on my videos. This is such a cool platform to develop on.﻿” (read more) 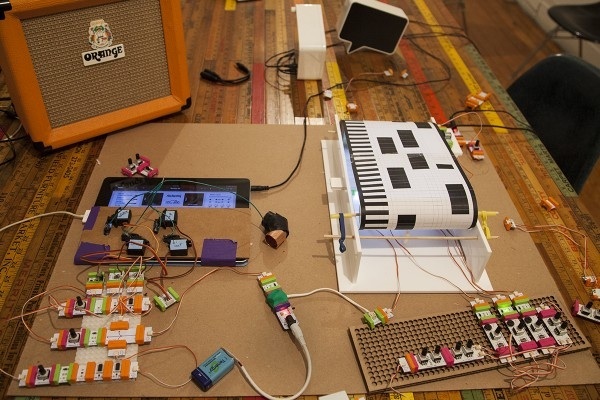 littleBits invited Bilal Ghalib to create and share a way to make music, an Excel spreadsheet, an iPad app, and light tricks! “Bilal was interested in how he could create an interface between the littleBits synth modules and his own music making tools (apps like Alchemy on the iPad) to make a more robust musical experience. His project has a number of physical and digital components that make up a multi-channel music-making machine.” (read more)

Cabe Atwell shared hi Drinkmotizer, “Make me a drink, Drinkmo”: “On every engineer’s senior design short list is/was a drink mixing robot. One of the few projects that’s fun at parties. You want the Drinkmotizer at your party… You need the Drinkmotizer at your party… At some point, dexterity for drink mixing is lost at a gathering. Drinkmo is your designated, sober, mixologist. Your enabler. Your friend. I know what you are thinking, “hey, there are other drink mixing bots out there, what makes this one different?” This one doesn’t break the bank. It’s DIY, Open, expandable. Artistically speaking, It isn’t just a nozzle that sprays alcohol at objects, it uses the actual bottle, and gravity.” (read more)

Ian Miller from pxlweavr.com shared this awesome project build: “engravR is a Raspberry Pi powered laser engraver built primarily using two old DVD RW drives. It was built following the following tutorial. Note that I did make changes to the code given there in order to allow remote engraving and to be able to read the kind of GCode that GCodeTools generates. I’ll publish that code as soon as I can.” (read more)

“lejaybo” from the Adafruit Forums shared these Firewalker Sneaks: “so i’ve put together some firewalker sneaks and have been playing about with some scanner patterns. its scans from each end of the neopixel strip with random colours.” (read more) 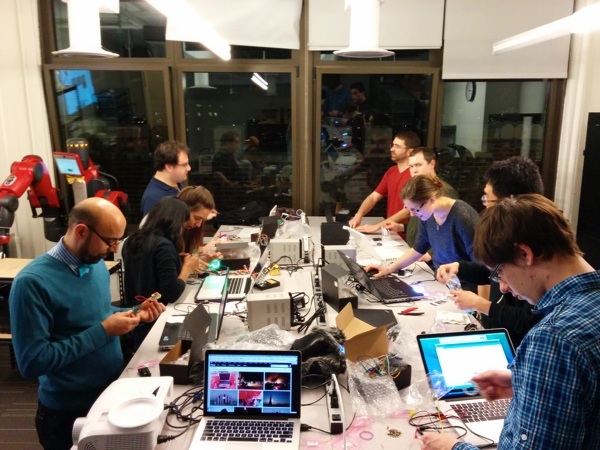 Trammell Hudson shared a photo from his LED Class with #FLORA on Flickr! (read more)

Fran Blanche shared some more ee component lore here with Know Your Displays – Nixie vs. VFD Tubes (VIDEO): “In this short vlog I go over the differences between Nixie tubes and Vacuum Florescent Displays. These displays often get lumped together but they are very different, and not to be confused with each other. I also give a nod to Dave Jones who is the current caretaker of the LVDC board. You can watch the Mailbag episode where Dave unboxes the board here.” (read more)

For #3DThursday this past week, Erin RobotGrrl shared a short survey of 3DxRobotics. To kick off the series, here’s my chance to highlight one of her own 3D printed robotics projects, Botbait, which draws together a number of experiments she has been making with both 3D printed robotics solutions as well as 3D design tools: “This robot is a great way to dive into the world of animatronic tentacle mechanisms and explore different ways of interacting with a robotic creature. Also known as Botbait, this robot moves organically, lights up charismatically, and enjoys interacting with you.” (read more)

Comments Off on Community Corner: This Past Week in the Adafruit Community