Is There a Liquid Fix for the Cloud’s Heavy Energy Footprint? 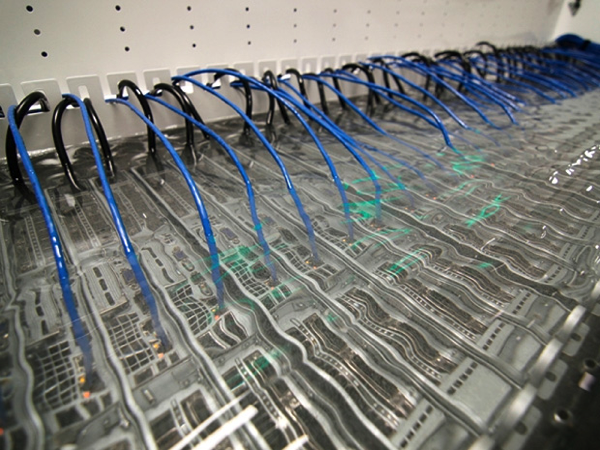 IEEE Spectrum explores the idea of cooling servers with liquids rather than air which would have a huge impact on energy use.

Asicminer, a Hong Kong–based bitcoin mining operation, has taken an unorthodox step to gain an advantage over other computing systems running the algorithms that generate the virtual currency. To save money on energy, Asicminer puts its servers in baths of oil to cool them.

The result? Asicminer’s 500-kilowatt computing system uses 97 percent less energy on cooling than if it employed a conventional method. Its custom-made racks hold computers that are submerged in tanks filled with dielectric oil that won’t damage the machines. The oil takes up the system’s heat, and inexpensive cooling equipment extracts the heat out of the oil, ultimately expelling it outside.

The average data center spends more than 30 percent of its energy bill just on cooling, making it a major cost to the Googles and Facebooks of the world. But liquid cooling, particularly immersion cooling or circulating water through server racks, has yet to make a big splash in the cloud. Microsoft, which operates more than a million servers worldwide, is sticking with air cooling because it’s proven and scalable, says Kushagra Vaid, general manager of cloud server engineering at Microsoft. “Cost of scaling is a big factor for Microsoft when considering new types of cooling methods,” Vaid says. “Our scale demands standardized and simplified techniques that are deployable across server environments and geographies.”

Comments Off on Is There a Liquid Fix for the Cloud’s Heavy Energy Footprint?