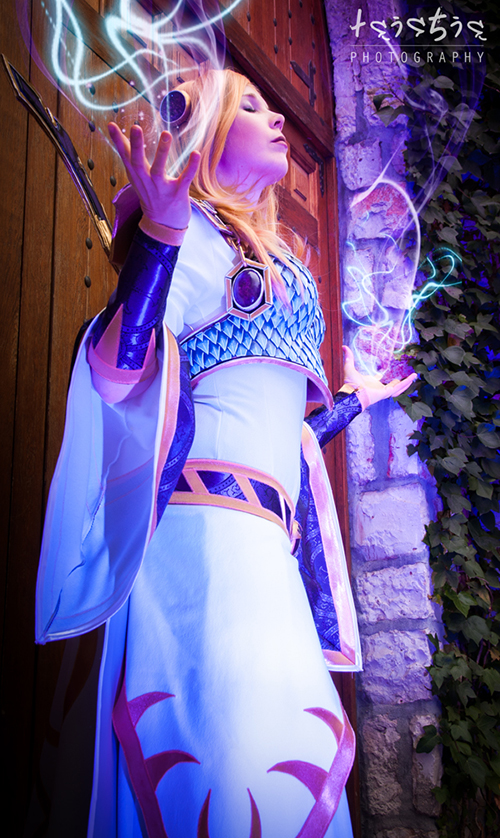 This fabulous Aegwynn (from World of Warcraft) costume was created in just a month! Maker Kamui Cosplay used a basic pattern for the dress and carefully added on the the embellishments and gems to create a realistic portrayal of the character. She said the most tedious part of the costume to build was the breastplate. It appears to be made from Worbla and she drew and cut the 250 scales by hand:

The biggest and most difficult part of the costume was clearly the breastplat. It was not really that hard to build since I’ve already had enough experience for this armor part, but it took a lot of patience and time to draw, cut, shape, fix, and paint over 250 scales by hand! The whole piece took over 30 hours of work. 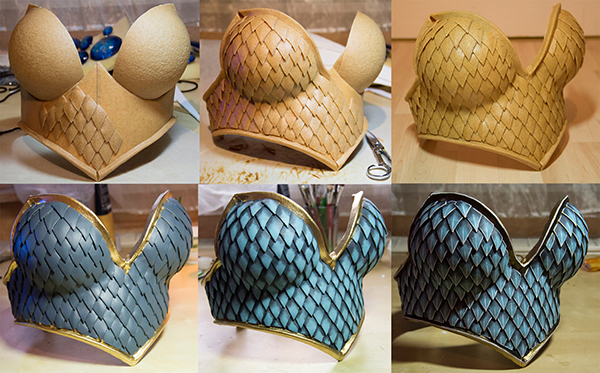 Comments Off on Gorgeous Aegwynn Costume