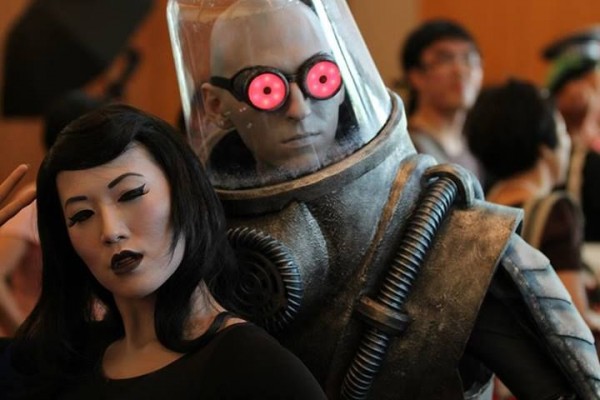 Combining LEDs and Arduino leads to good things, and in this case, it’s to cool and functional goggles for a Mr. Freeze costume. Instructables user orvis put the design together and even though it was his first time using electronics in a costume, it worked out well. He used cheap welding goggles as the base and built on from there. Here’s how he added the LEDs:

Here you see the LEDs in the mirrored acrylic with a hole cut through the mirror film for vision. I traced the acrylic disc from the goggles’ lens and cut it out with an acrylic cutter (carefully snapping off a bit at a time) before measuring and drilling holes for LED leads and resistor connections. I used the leads from the LEDs and resistors themselves to complete the circuits around the center for the positive sides of the LEDs and extended with small wires around the edges for the negative side. I originally planned for a 3V source (2xAAs) and these six red LEDs are rated at 2V and 20mA, so I used a 56ohm Resistor for each one and wired everything in parallel – every LED on a lens is in parallel and the lenses are parallel to one-another. I’m still getting the hang of LEDs, so I used LED Wizard to double-check my math. 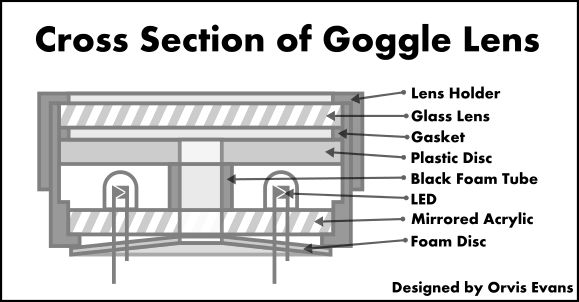 Comments Off on Perfect LED Goggles for Mr. Freeze