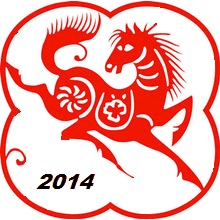 The source of Chinese New Year is itself centuries old and gains significance because of several myths and traditions. Traditionally, the festival was a time to honor deities as well as ancestors. Chinese New Year is celebrated in countries and territories with significant Chinese populations, including Mainland China, Hong Kong, Macau, Taiwan, Singapore, Thailand, Indonesia, Malaysia, Mauritius, Philippines, and also in Chinatowns elsewhere. Chinese New Year is considered a major holiday for the Chinese and has had influence on the lunar new year celebrations of its geographic neighbors.

Within China, regional customs and traditions concerning the celebration of the Chinese new year vary widely. Often, the evening preceding Chinese New Year’s Day is an occasion for Chinese families to gather for the annual reunion dinner. It is also traditional for every family to thoroughly cleanse the house, in order to sweep away any ill-fortune and to make way for good incoming luck. Windows and doors will be decorated with red color paper-cuts and couplets with popular themes of “good fortune” or “happiness”, “wealth”, and “longevity.” Other activities include lighting firecrackers and giving money in red paper envelopes.

This year (2014) is Year of the 馬 Mǎ Horse. “Legend has it that in ancient times, Buddha asked all the animals to meet him on Chinese New Year. Twelve came, and Buddha named a year after each one. He announced that the people born in each animal’s year would have some of that animal’s personality. Those born in horse years are cheerful, skillful with money, perceptive, witty, talented and good with their hands.” – Infoplease.

Comments Off on Happy Chinese New Year! Year of the Horse!